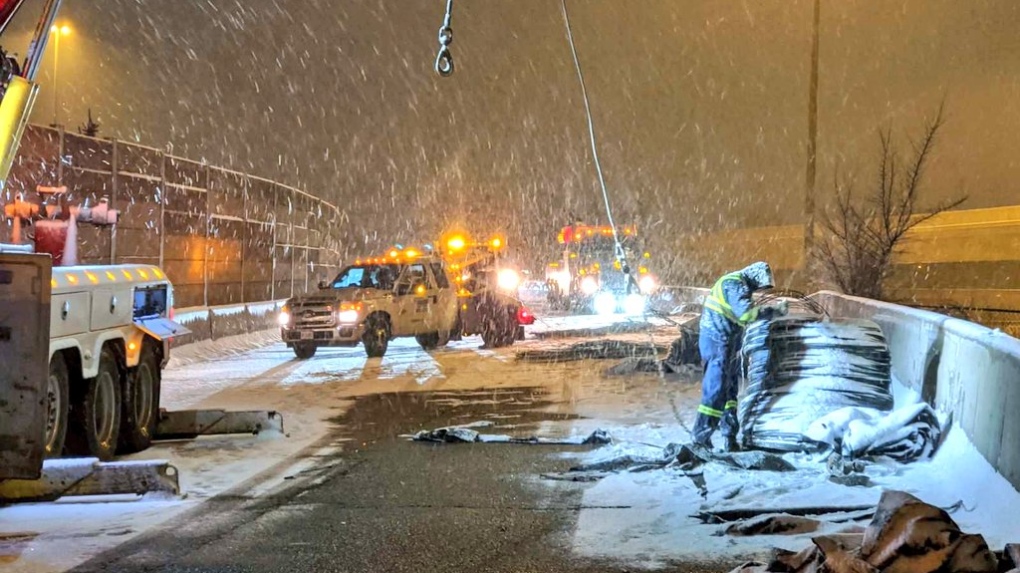 Crews clear the scene after a rollover on the Highway 8 northbound ramp. (Source: @OPP_HSD)

KITCHENER -- Crews have cleared the scene of a transport truck rollover on Tuesday morning.

It happened on the Highway 8 northbound ramp to Highway 7 eastbound.

Police said at around 6:20 a.m. that they had closed the highway for cleanup.

As a result, traffic was disrupted through some of the morning commute.

Before noon, it had reopened.

No one was injured in the crash and it's not known if there will be any charges laid.

It was snowing around the time of the crash, but police have not said whether or not that was a factor.