Hwy. 7/8 off ramps at Ira Needles getting improvements: MTO

Hwy. 7/8 off ramps at Ira Needles getting improvements: MTO 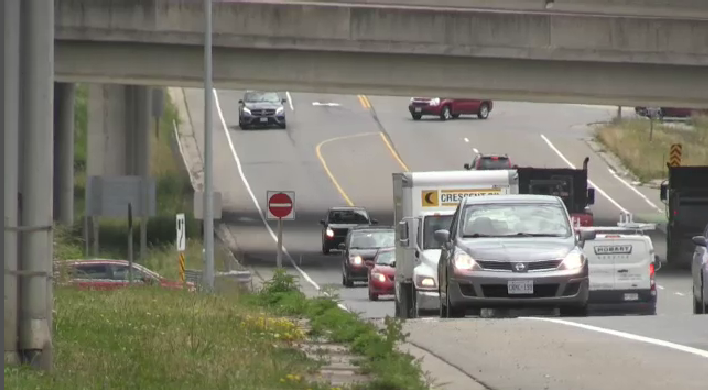 The intersection of Ira Needles Boulevard and the Hwy. 7/8 off ramps in Kitchener.

A Kitchener intersection that has seen dozens of crashes in the past year and a half is getting a makeover.

The Ministry of Transportation confirmed to CTV News Tuesday that plans for new traffic control measures are in the works near the Hwy. 7/8 off ramps at Ira Needles Boulevard.

Regional police say there have been 25 crashes at the intersection in the past 18 months.

Ministry officials say they completed a review of the intersection and determined that it could benefit from improvements like additional traffic signals or a roundabout.

They add that they're working with the Region of Waterloo to come up with a detailed plan.

Salman Rushdie remained hospitalized Saturday after suffering serious injuries in a stabbing attack as praise poured in for him from the West but he was disparaged in Iran.