Hwy. 401 reopened after two killed in crash near Milton

KITCHENER -- Two people were killed Sunday night after their SUV was struck by a tractor trailer on Highway 401.

OPP say it happened around 8:30 p.m. between Highway 6 South and Guelph Line.

Witnesses told police that shortly before the crash the SUV was speeding and driving erratically.

OPP say the vehicle was pulled over onto the right shoulder, but was still partially in the lane, when it was struck.

The two men who were inside the SUV were killed. Officials said on Monday morning that one of the deceased people was a 20-year-old man from Brampton. The other was a 22-year-old man from Caledon. Their names have not been released.

The driver of the tractor trailer was not hurt in the crash.

The eastbound lanes of Highway 401 were closed overnight and reopened just before 7 a.m. on Monday.

Update - #Hwy401 eb at #Hwy6 south remains closed after double fatal collision. Clean up is ongoing. Hope to have lanes reopened by 7am pic.twitter.com/p5GaW36xiI 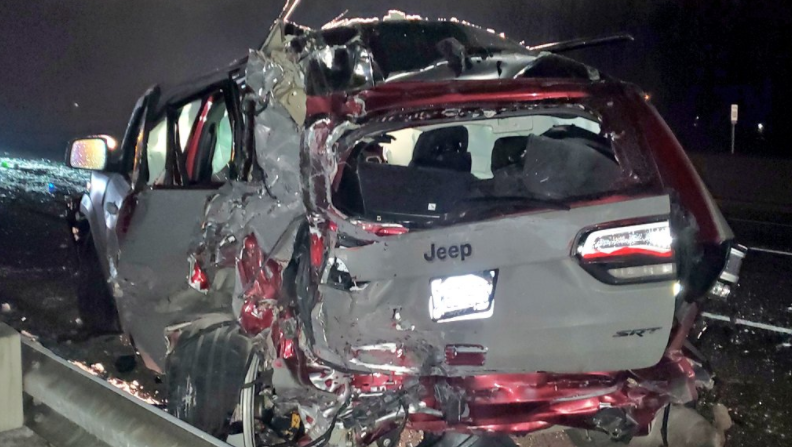