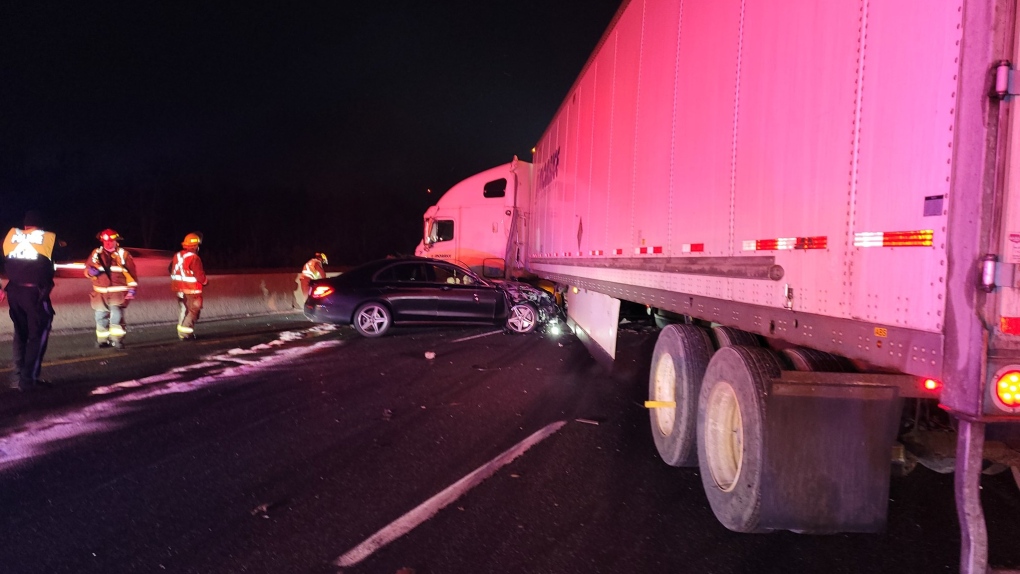 KITCHENER -- The eastbound lanes of Highway 401 have reopened at Townline Rd. in Cambridge following a collision there early Tuesday morning.

Police say no injuries were reported as a result of the crash.

The highway fully reopened to traffic shortly after 10 a.m.

#Hwy401EB closed at Townline rd. No injuries at this time. A major clean up. 3 vehicle are invloved.
Updates to follow^td pic.twitter.com/iqZ1EMgTY7