How Waterloo Region's COVID-19 numbers have changed under the lockdown 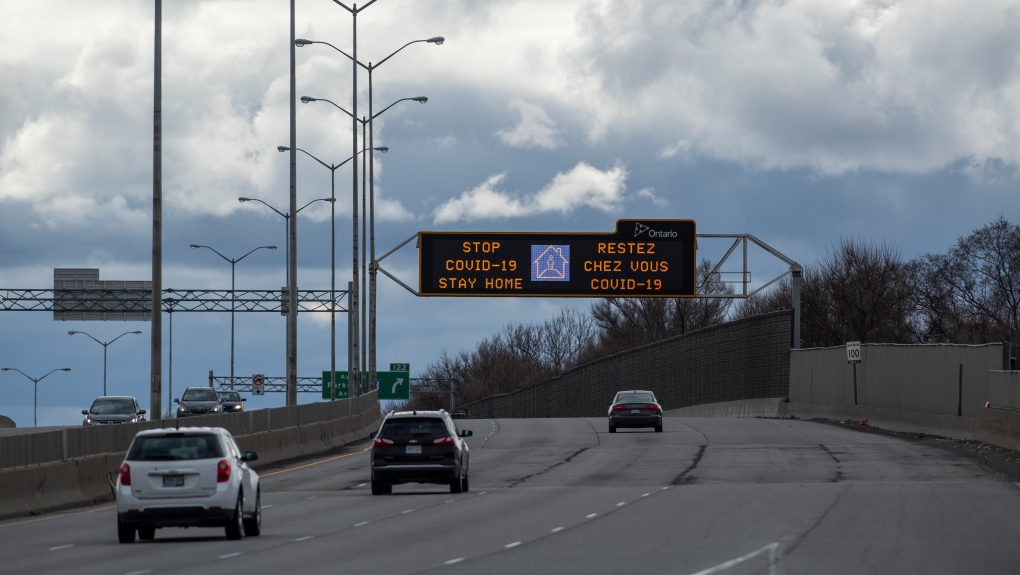 KITCHENER -- It's been two weeks since the Ontario government declared a second state of emergency and issued a province-wide stay-at-home order, but has it had any effect on the spread of COVID-19?

"[We're] starting to see cases head in the right direction, but we're still feeling the effect of the second wave," she said at the time.

A CTV Kitchener analysis of the region's online COVID-19 dashboard showed that the average number of new cases per day has dropped by almost a third compared to the week before.

More recently, public health officials reported some of their lowest totals in weeks. The region's online COVID-19 dashboard shows that there were 36 cases reported on Jan. 23, the lowest single-day increase since Dec. 4.

The number of active cases in the region have dropped significantly, too. From early- to mid-January, the region saw several record-breaking totals, including an all-time high of 1,030 active cases on Jan. 14. The stay-at-home order went into effect that day.

Since, the number of active cases in the region has dropped to 686, the lowest total since Jan. 2.

Other metrics have improved so far this year, too. Most people are getting their test results in one or two days, the region's dashboard shows.

The positivity rate hit a seven-day average of 7.6 per cent on Jan. 8, the highest since the end of April. Since, the rolling rate has dropped to 4.2. That's still well above the threshold for the province's red "control" tier, but it's an improvement nonetheless.

The reproduction estimate—or the number of new cases per active case in the community—has also dropped over the past few weeks, from 1.4 on Jan. 6 to 0.8 on Jan. 24.

That indicator has improved drastically and would fit the criteria for the province's green "prevent" tier, though most other indicators—including positivity rate, weekly incidence rate, hospital system capacity and repeated outbreaks—remain in red or grey.

Despite promising improvements in some areas, it hasn't all been good news in Waterloo Region. 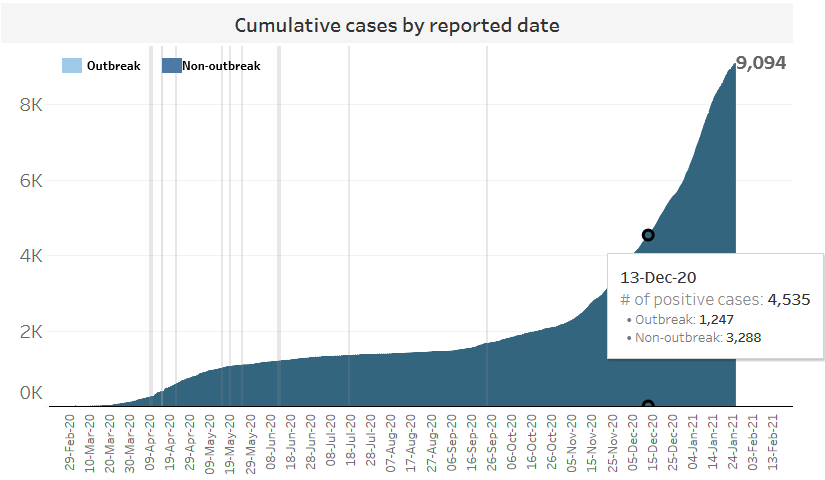 This graph on the Region of Waterloo's online COVID-19 dashboard shows that the number of cases more than doubled between Dec. 13 and Jan. 26.

The region's testing rate has dropped significantly in that timeframe. The region saw its highest seven-day testing average on Dec. 23 with 362.2 tests per 100,000 people. Accounting for interim data which is subject to change, the region's seven-day average dropped to 268.4 per 100,000 a month later.

Twenty-three people in Waterloo Region have died of COVID-19 since the start of 2021, including 10 since the stay-at-home order went into effect.

Forty-seven people are also in hospital with the disease, including 10 who are getting care in the ICU.

Across the province, public health officials reported fewer than 1,800 new COVID-19 cases for the first time in weeks on Tuesday.

But with only 30,717 tests processed in the 24 hours before its update, the provincial positivity rate hit 5.9 per cent. The province has previously said that labs across the province can process up to 70,000 tests per day.

The seven-day daily new case average is currently 2,346. This time last week, that number was 2,893.

As of Tuesday, Ontario had administered nearly 300,000 doses of COVID-19 vaccine across the province, including nearly 10,000 doses that were reported in the 24 hours before the update.

More than 80,000 people have received their second doses and are considered fully vaccinated.