Homeowner's vehicle rammed after suspects try to steal it: police 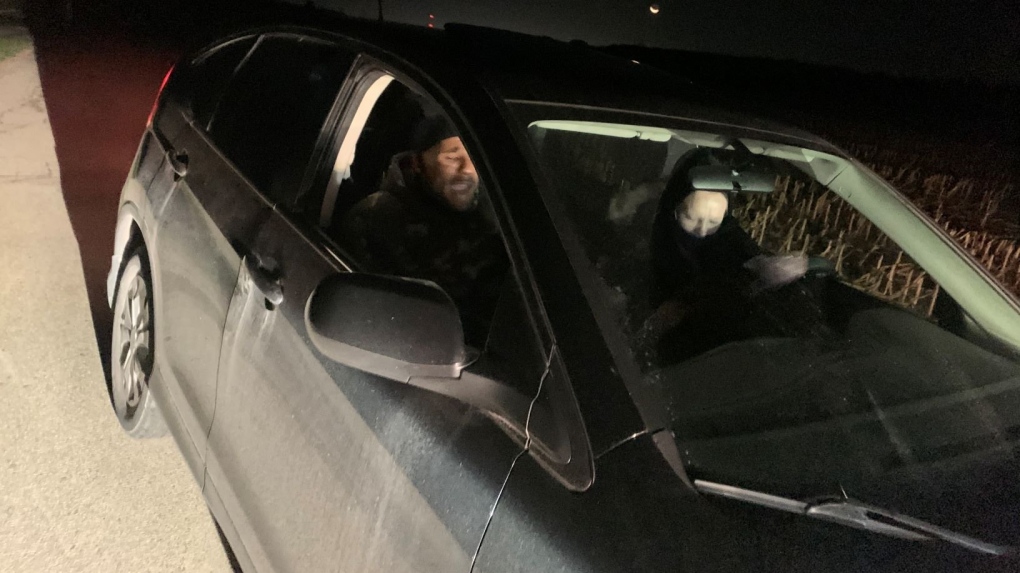 Two people in a vehicle that police said was stolen. (@OPP_WR / Twitter)

KITCHENER -- The Ontario Provincial Police are looking for three people in two stolen vehicles after an attempted theft was interrupted in Wellington County.

According to a news release, a homeowner saw two suspicious vehicles parked on their property on Woolwich-Guelph Townline at around 4:30 a.m. on Tuesday. A suspect was reportedly trying to get into the victim's vehicle, which was parked in their driveway.

The homeowner confronted the people, who fled the scene. One of the vehicles involved, a black Honda CRV, reportedly rammed the homeowner's vehicle several times before they were able to get away.

That vehicle is described as a 2012 model that may have damage to its front passenger side. The licence plates read BZBA849. It was driven by a female suspect with a male passenger.

A third suspect, a female, drove off in a silver 2015 Mazda CX5 with Ontario plates reading BWXB939.

The OPP said that both of those vehicles were reported stolen on the same date.

Anyone with information regarding this incident is asked to get in touch with police. If you'd like to remain anonymous, you can call Crime Stoppers instead at 1-800-222-8477.