Hockey fans gear up to watch NHL's return from home 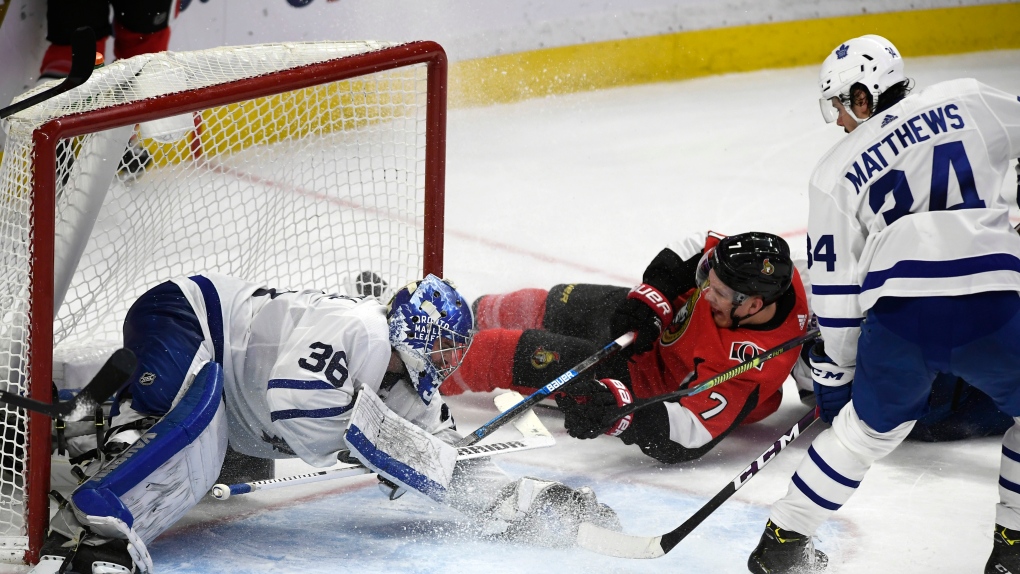 KITCHENER -- The NHL drops the puck on a new season on Thursday night and hockey fans are preparing to cheer on their favourite teams from the comfort of their own homes.

"Very excited that hockey is back, gives us a distraction from everything else going on," Boris Bubas said. "We will be watching at home with some snacks in front of the TV."

Fans are getting ready for a season unlike any other.

"I definitely think a lot of their support is from fans in the building and it is going to be different seeing not really that many people," Marko Bubas said.

The stands will be empty this season due to the COVID-19 pandemic and games will only happen within divisions.

The Toronto Maple Leafs will start their season against the Montreal Canadiens, one of the oldest Canadian rivalries.

Fans say the return of the season promises a brief return to normalcy.

"It's easy to say it's just a game, but as we've learned over the past year, there's a lot of things that, once they go away, we realize how impactful it is for day-to-day lives," said Ryan Hana, cohost of the Winged Wheel podcast.

Kevin Birnstihl, who owns Sportco Source for Sports, said people aren't buying as much NHL gear this year as they have in the past.

"A lot of people haven't been in that type of mood," he said. "I think with the World Juniors, we had a little blip selling caps and stuff, but not like a normal year."

Many people have looked online to get their fill of hockey information.

"I think what fans have been doing is turning to alternative forms of content, people who might not have turned in to podcasts are doing so more now," Hana said.

Everyone is still finding a way to cheer on the teams they love, even if they can't go to the rink.

Members of the Kitchener Rangers also plan to watch the NHL safely from afar this season, team officials said.

Simon Motew, in Chicago, said he'll watch the puck drop on the Blackhawks' season with his family and plans to order some takeout. His favourite player in Patrick Kane and they share a skills coach in the summer months.

Mike Petizian is a Leafs and Canadiens fan and will watch the season start at home with his dad. He said his favourite player is Brendan Gallagher. Since his dad cheers for Montreal, he'll do the same for Wednesday's season opener.

Holden Wale will tune into a lot of games to keep track of his fantasy teams. The Rangers said he keeps a close on all the players and loves to watch late games out west, like Calgary and Vancouver.

The Ontario Hockey League season was delayed due to the province-wide lockdown. There's no word on a potential start date.