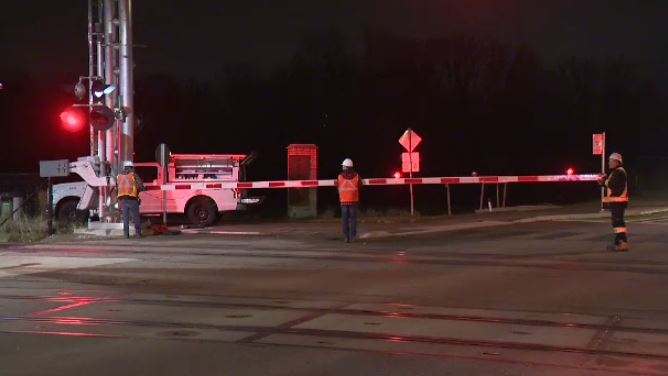 WATERLOO -- High winds caused a bit of a scare along the LRT line in Waterloo Wednesday evening.

Repair crews on scene say a rail crossing arm came off its pins and hit the overhead guide wires along the ION line on Seagram Drive.

It happened near the Laurier-Waterloo Park Station around 7 p.m.

Trains were stopped for about half an hour while the line was de-energized and crews repaired the arm. Workers on scene say it is one of the longest crossing arms, coming down across two lanes of traffic.

Repairs crews said there were no injuries.

Buses were brought in to shuttle passengers from the stopped trains.

The trains are now back up and running.