Drivers can expect to find some reprieve at the pumps as gas prices across Waterloo region are expected to dip in the coming days.

After dipping a few cents per litre earlier this week, the price of gas is expected to drop another five cents by Friday, according to Dan McTeague with Canadians for Affordable Energy.

According to McTeague, Friday’s price will the lowest since Dec. 9, 2021, and will mark an 80-cent-a-litre drop since the highs seen in June.

McTeague said the next drops could put the price at some stations in Waterloo region at around $1.31 per litre.

Tomorrow's expected price will also mark an almost 90 cent drop since the peak in June when gas was well above two dollars a litre.

He added: “That pays for a lot of those higher grocery bills that we've been forced to pay over the last few months."

McTeague says several global factors, from concerns about a recession to rising interest rates and COVID-19 lockdowns in China are all contributing to the lower prices.

One Waterloo region resident told CTV News with everything getting more expensive, it gives a big peace of mind when your gas bill is lower each time, and it makes a big difference with Christmas coming around.

This represents upwards of $32 saved at the pump based on a 40-litre fillup.

According to Natural Resources Canada, the daily average retail price for gasoline in Kitchener on Wednesday was $1.40.7 per litre, slightly lower than the $141.1 average price seen in Toronto.

In comparison, the average price in Canada on Wednesday was $1.29.8.

Kitchener residents have seen a significant drop already seen this month, with Kitchener prices averaging $1.46.4 per litre on Dec. 1.

The data from Natural Resources Canada shows the average regular gasoline prices in Kitchener peaked in early June when prices reached $2.14.8 per litre. The prices stayed fluctuated between $2.14.8 and $2.12.4 for a week before tapering off. 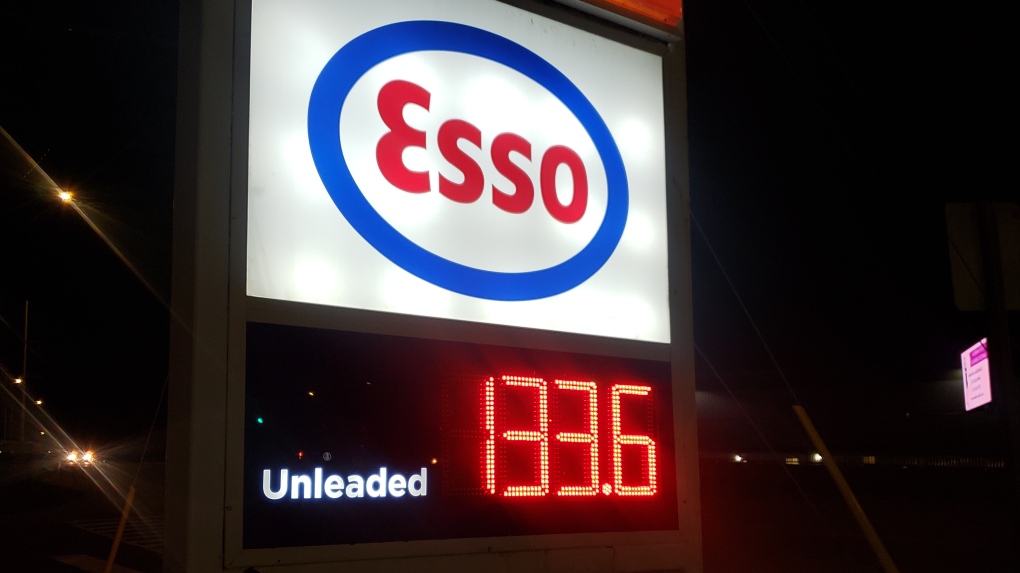 The first entry by Natural Resources Canada for 2022 shows the average retail price of gas in Kitchener on Jan. 3 was $143.7.

On Wednesday, gas prices at some stations dipped into the low $1.30s mark, with an Esso in Cambridge advertising gas for $1.31.6 per litre.