The average price of a house in Kitchener-Waterloo is forecasted to drop by two to 15 per cent next year.

The report says the “average residential sale prices are expected to decline by two to 15 per cent in 2023” in Kitchener-Waterloo.

The report also notes Kitchener-Waterloo is among the 40 per cent of regions in the province that are considered to be in balanced markets.

“It’s good [to] see the majority of markets moving toward more balanced conditions, which is typically defined by 45 to 90 days on market. This is a much-needed adjustment from the unsustainable price increases and demand we saw early in 2022,” says Christopher Alexander, president of RE/MAX Canada in the report.

The report predicts a decline of 3.3 per cent in average residential sales prices across the country in 2023.

According to data from the Canadian Real Estate Association (CREA), the benchmark prices of housing in Kitchener-Waterloo have tumbled from February highs. 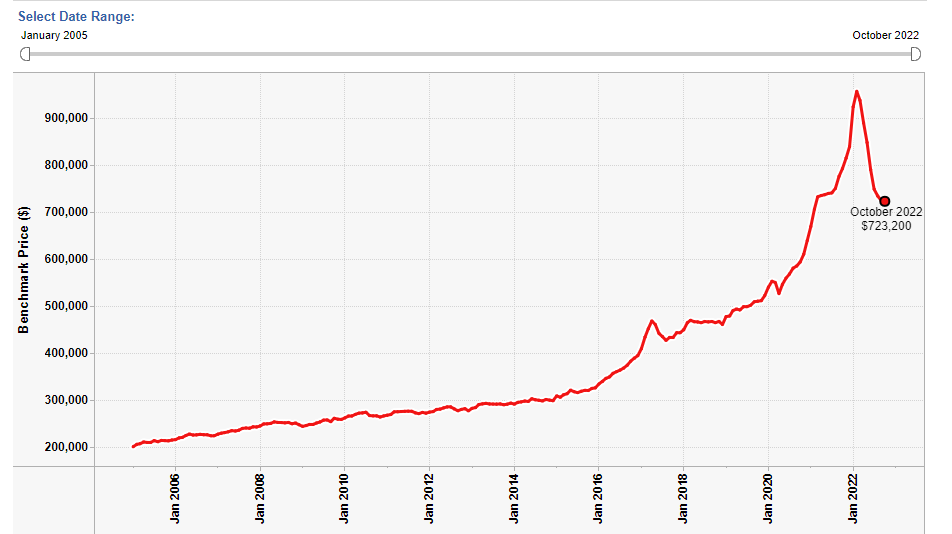 The benchmark price of homes in Kitchener-Waterloo since 2005. (CREA)

The latest report from the CREA was published on Nov. 15 and says the actual, not seasonally adjusted national average home price was $644,643 in October 2022, down 9.9 per cent from the same month last year.