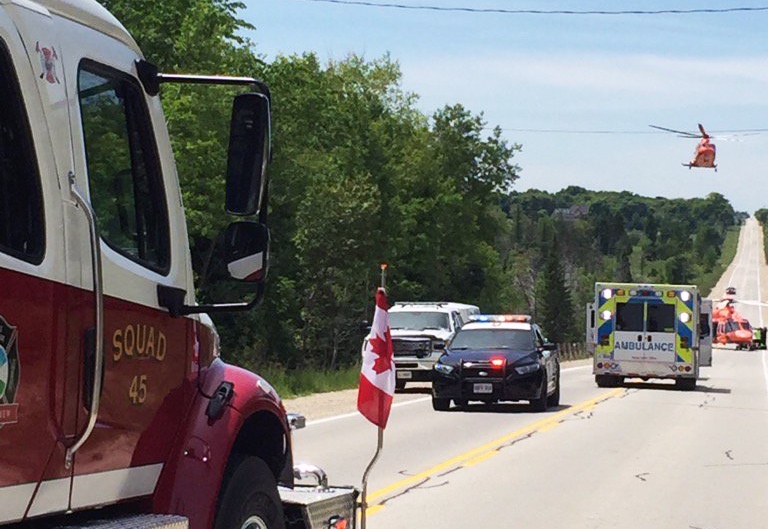 One person was killed and two people were transported to hospital via air ambulance as the result of a crash on Grey County Road 4 on Friday, June 10, 2016. (@ClearviewFire / Twitter)

One person is dead and two people are in serious condition following a head-on crash near Singhampton, east of Flesherton.

Police, firefighters and paramedics were called to the scene of the collision – on Grey County Road 4 just west of Singhampton – around 12:45 p.m. Friday.

According to Grey County OPP, the crash involved a pickup truck and an SUV.

The driver of the pickup truck was pronounced dead on the scene. Details on their identity have not been made public.

A passenger in the truck and the driver of the SUV were both airlifted to a Toronto hospital.

Police continue to investigate the collision.