'He never meant to kill him': Trial continues for teen charged with second degree murder 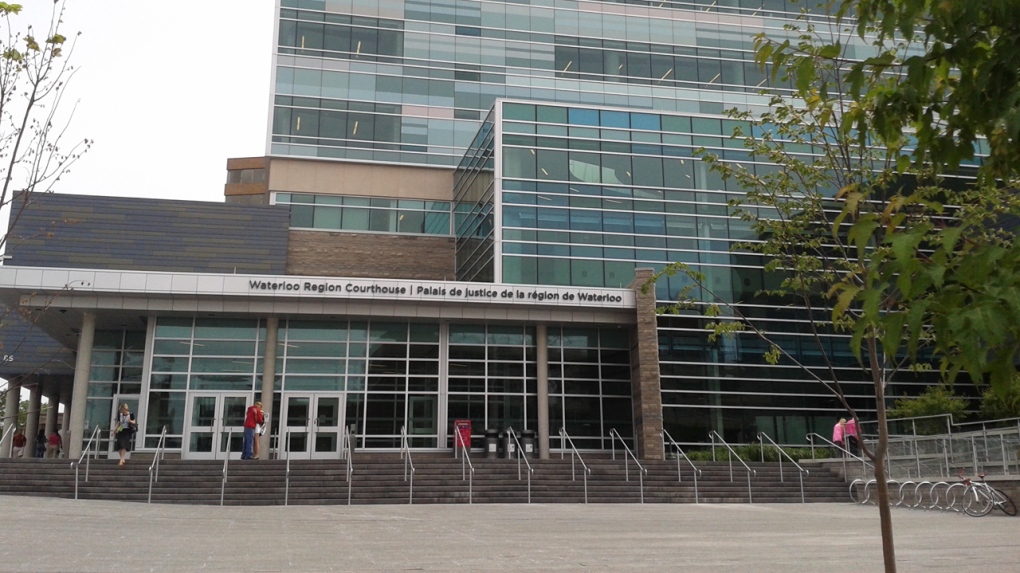 The trial for a teen who is facing a second degree murder charge in connection to the shooting death of Bradley Pogue continued Wednesday.

The teen cannot be identified under the Youth Criminal Justice Act.

Bradley Pogue, who was 24-years-old when he died, was fatally shot in a Cambridge plaza in November 2018 during a drug deal.

On the second day of the trial, the victim’s brother, Codi Pogue, was back on the stand to be cross-examined.

Defence lawyer Steven Stauffer suggested to Codi that he was not worried for his or his brother’s safety when they met the teen and another man named Adam De-Gannes in a pizza shop to sell them weed.

Surveillance video from Double Double Pizza, which was played in court, showed Bradley, Codi, the teen and De-Gannes walk into the pizza shop. Codi purchased a beer while the other three sat at a table.

The video then showed Bradley and the teen walked out of the restaurant, while Codi continued to drink his beer. Stauffer said De-Gannes called Codi to come outside and 20-30 seconds later, Codi joined the rest of the group outside.

“I didn’t think my brother would get shot in the head,” Codi replied.

Stauffer also told court Codi told detectives on scene the night of the shooting that Bradley “lunged” toward the teen in a downward motion when the gun was pulled on him.

Facebook messages exchanged between Codi and a friend a few hours after the shooting were also shown in court.

Codi told his friend the teen looked scared and “had to shoot.”

“They were so worried about Brad, they needed the gun or they would lose everything they had,” Codi wrote.

While on the stand, Codi told court, “[The accused] become shook …once we were outside and Brad actually gave [the accused] the weed to look at. I think he started acting sketchy then because he knew he didn’t have the money and he knew he had to do something or he knew it was going to turn into a fight.”

The defence closed his cross examination by saying, “the robbery occurred, the gun was pulled, [the accused] was scared, frightened and your brother lunged at the gun and there was tragedy after that.”

Codi testified he doesn’t agree with the “lunging” for the gun part. “It was a swipe,” he said.

An acquaintance of the accused also testified Wednesday.

Mathew John Bryant told court he drove the accused to a hotel after the shooting, but Bryant said he wasn’t aware there was a shooting until later in the night when the accused confessed.

“He broke down and cried,” Bryant testified. “When [the accused] went to turn to take the money out, he pulled the gun out instead. Asked him ‘what would be of value more - your life or a pound of weed.’ That’s when [Bradley] rushed him, [the teen] said he just panicked and pulled the trigger. He never meant to kill him.”

Two people have already been tried in this case. Amber Craig was sentenced to 18 months house arrest after pleading guilty to obstructing justice. Adam De-Gannes is serving a six year prison sentence for manslaughter.