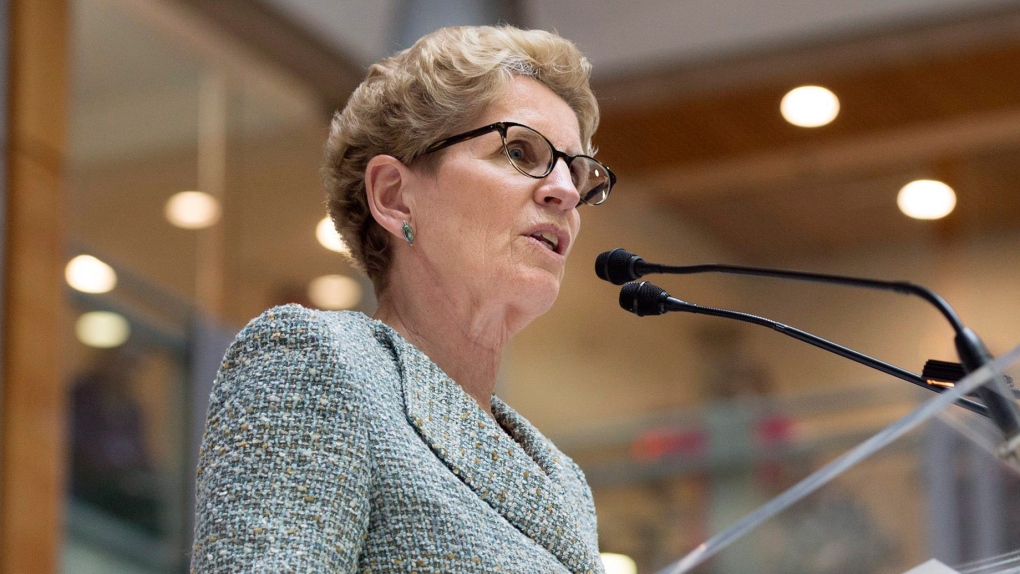 Ontario Premier Kathleen Wynne speaks during a press conference in Toronto on Friday, May 22, 2015. (Darren Calabrese / THE CANADIAN PRESS)

HAMILTON -- The city of Hamilton will get up to $1 billion from the Ontario government for a Light Rail Transit line from McMaster University to Queenston Circle in the city's east end.

Premier Kathleen Wynne says construction on the new LRT will begin in 2019, and it will connect directly to the new West Harbour GO train station that will open this summer.

Wynne says the province will continue talks with the city about extending the LRT line another three kilometres east to Eastgate Square on Centennial Parkway in Stoney Creek.

The province will also extend the GO Lakeshore West train service to a new stop at Centennial Parkway, which is expected to be completed by 2019.

The provincial government will provide 100 per cent of the capital costs of building the new LRT, which Wynne says will reduce travel times and connect people to other transit systems.

The funding is part of the Liberal government's planned $30 billion, 10-year plan to invest in public transit and other infrastructure projects, with just over half the money dedicated to the Toronto-to-Hamilton corridor.