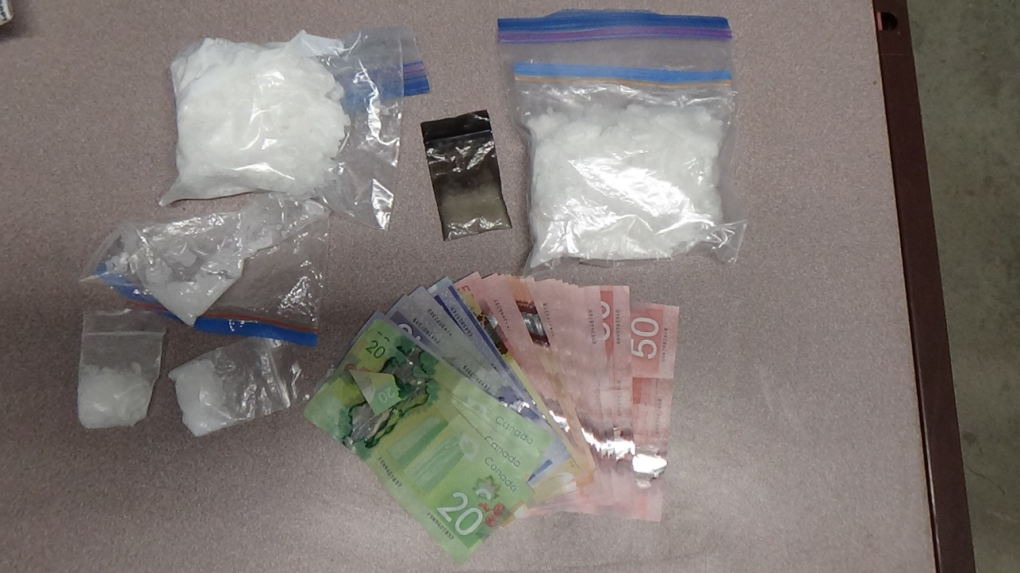 Police say they seized more than half a kilogram of meth after a search warrant was carried out in Waterloo. (Source: Waterloo Regional Police Service)

KITCHENER -- A 48-year-old man has been charged as part of a drug trafficking investigation in Waterloo Region that turned up more than half of a kilogram of meth.

Police started the investigation this month, with the man's arrest taking place on Wednesday.

During his arrest, police say they seized suspected methamphetamine. A search warrant was executed at a Waterloo home as a result.

In a news release, officials say they seized more meth there, totaling just over half a kilogram.

The man, who police did not identify, has been charged with possession for the purpose of trafficking, as well as several breach recognizance offences.

He's scheduled to appear in court on Thursday.

Anyone with information regarding any suspected drug trafficking is asked to contact the Waterloo Regional Police Service's drug tip line.

Should you wish to remain anonymous, you can submit a tip through Crime Stoppers instead at 1-800-222-8477.