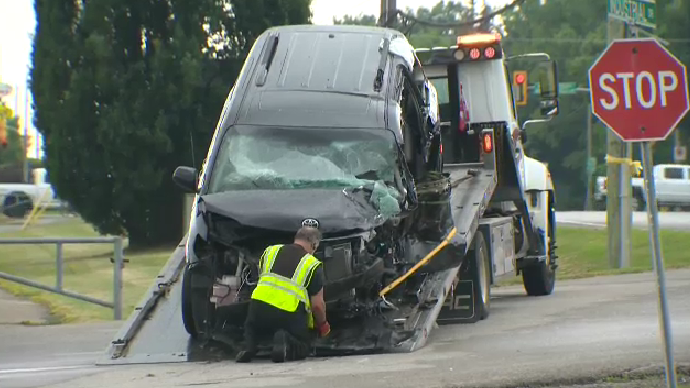 KITCHENER -- A woman was seriously hurt and five kids were taken to hospital for assessment after a three-vehicle crash in Elmira.

Police responded to the crash on Arthur Street South, near Industrial Drive, just after the noon hour on Thursday.

They believe an SUV crossed the center line and made contact with the backend of a transport truck. The SUV then lost control, struck a minivan that was travelling behind the transport and drove off the road.

Police say the driver of the minivan, a 46-year-old Kitchener woman, was airlifted to hospital with serious injuries.

The five children who were inside the minivan were also taken to a local hospital so they could be assessed by doctors. Police say all the children were under the age of 16.

The drivers of the SUV and transport truck were not hurt.

Arthur Street was shut down for a short time between Whippoorwill Drive and Oriole Parkway.

Police say their investigation is ongoing and charges are pending.