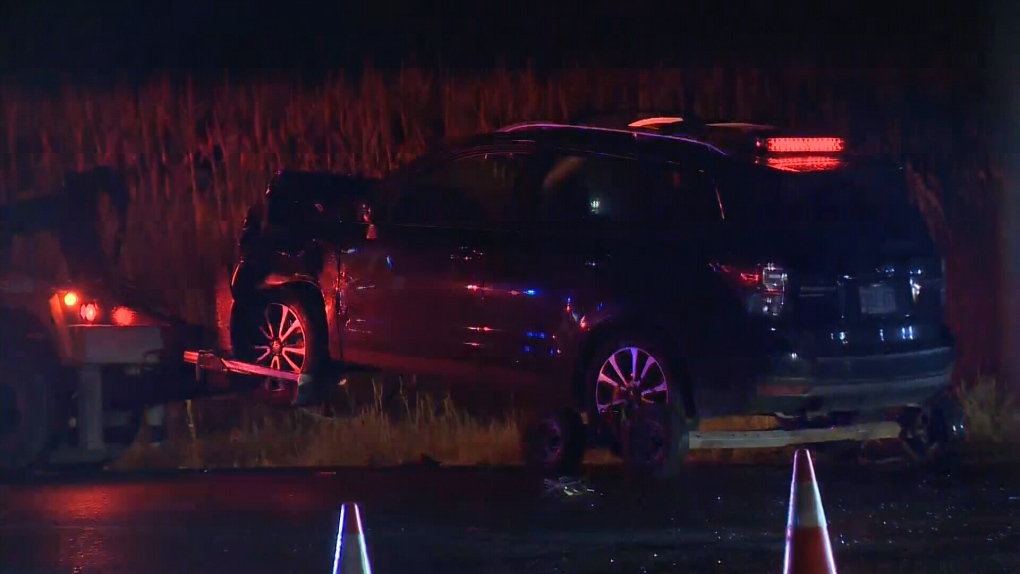 Six people were sent to hospital after a t-bone crash in Puslinch on August 28, 2019 (CTV Kitchener)

Six people have been taken to hospital after a two-vehicle crash in Puslinch.

It happened around 9 p.m. Wednesday at the intersection of Concession 2 and Wellington Road 35.

Four kids and two adults from the van were taken to hospital with various injuries, all non-life threating.

Three people in the other vehicle were treated on scene.

Police say a van was t-boned by the other vehicle and say the crash could have been much worse.

An investigation is underway.