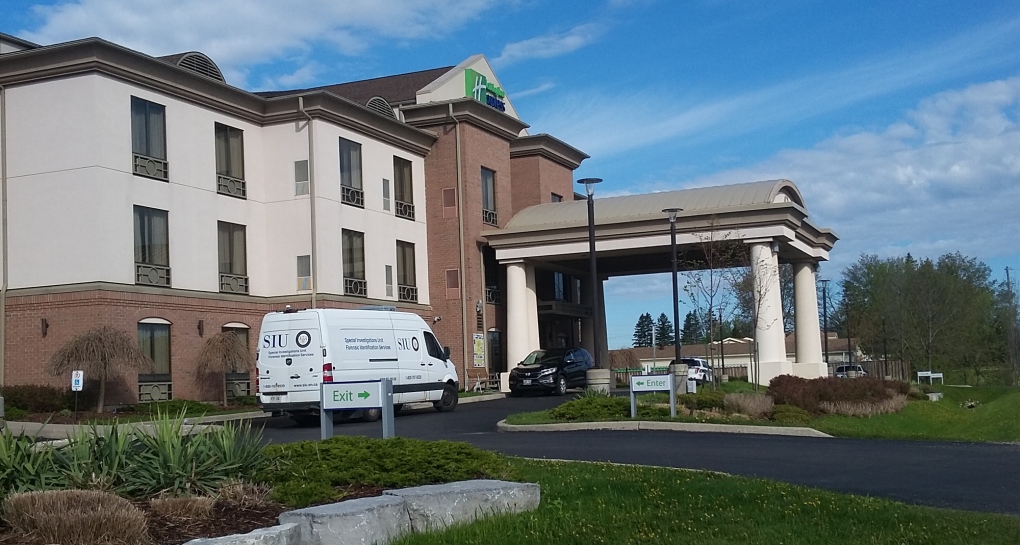 Ontario's Special Investigations Unit was contacted after a 25-year-old man was found dead at a hotel on Silvercreek Parkway North in Guelph on Tuesday, May 17, 2016. (Christina Marshall / CTV Kitchener)

Guelph Police have been cleared of wrongdoing in the case of a man found dead in a hotel earlier this year.

Ontario’s Special Investigations Unit was called in to investigate the May 17 incident in which a 25-year-old man died at a hotel on Silvercreek Parkway North, as they do whenever someone dies or is seriously hurt and police are in some way involved.

Police have said that they were called to the hotel to deal with a man who was damaging the third-floor room he had rented.

When they entered the room, the man was unresponsive and unable to be revived.

Police say the SIU released its report Monday, and it concluded that no police officers committed criminal offences in connection with the call at the hotel.