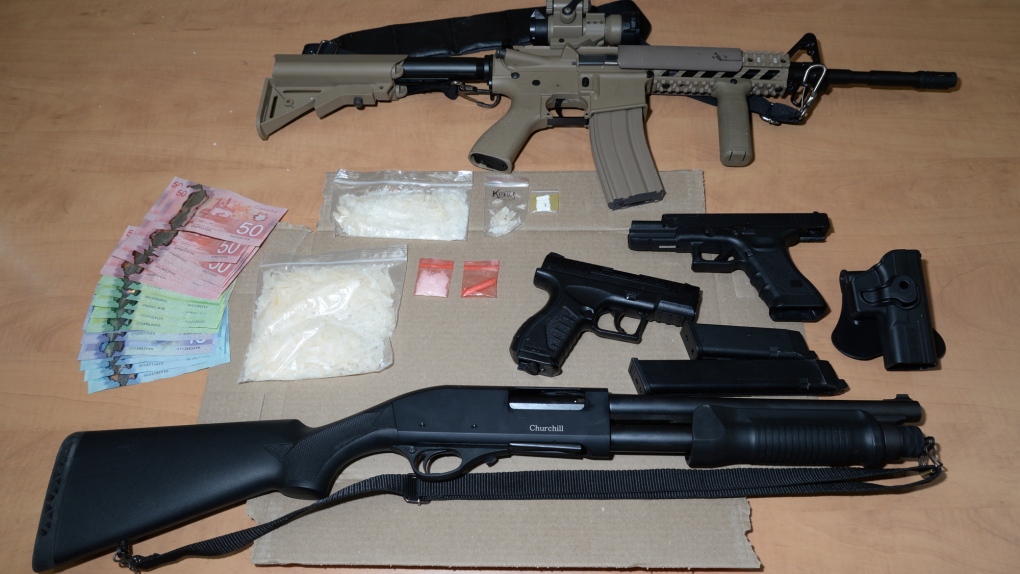 Cash, drugs and real and imitation weapons were seized from a home in Guelph. (Guelph Police)

Two Guelph residents are facing charges after illegal drugs, 41 bicycles and other items were seized by police.

Guelph police say the investigation led to officers executing a search warrant Wednesday at a home at an undisclosed location in the city.

In addition to the bicycles, police say they seized fentanyl, 115 grams of crystal meth, a large amount of cash, a shotgun, four replica guns and ammunition.

A 45-year-old man and a 38-year-old woman were placed under arrest.