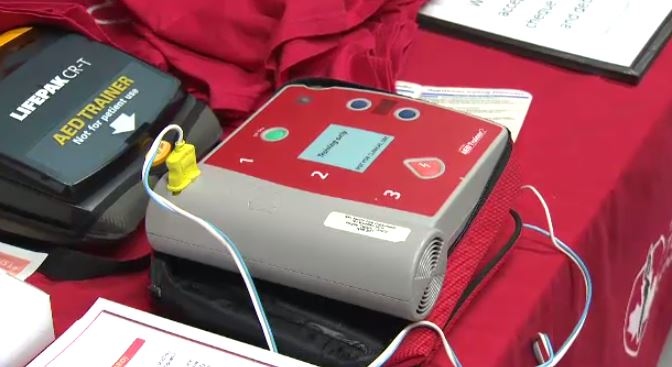 Last month, Pev’s Protects was at a Guelph Storm game at the Sleeman Centre.

During the game the charity raised 41-thousand dollars for portable defibrillators and training on how to use the devices.

The defibrillators will be placed around populated areas in the Royal City.

Pevs Protects was founded by Guelph native and former NHL star Richard Peverley and his wife.

Peverley retired from the NHL after he went into cardiac arrest on the bench of a Dallas Stars game in 2014.

He credits the quick acting medical staff and the use of a defibrillator in saving his life. Because of this he started Pevs Protects.

Next season the Kitchener Rangers will be hosting a Pevs Protects night benefiting the region.