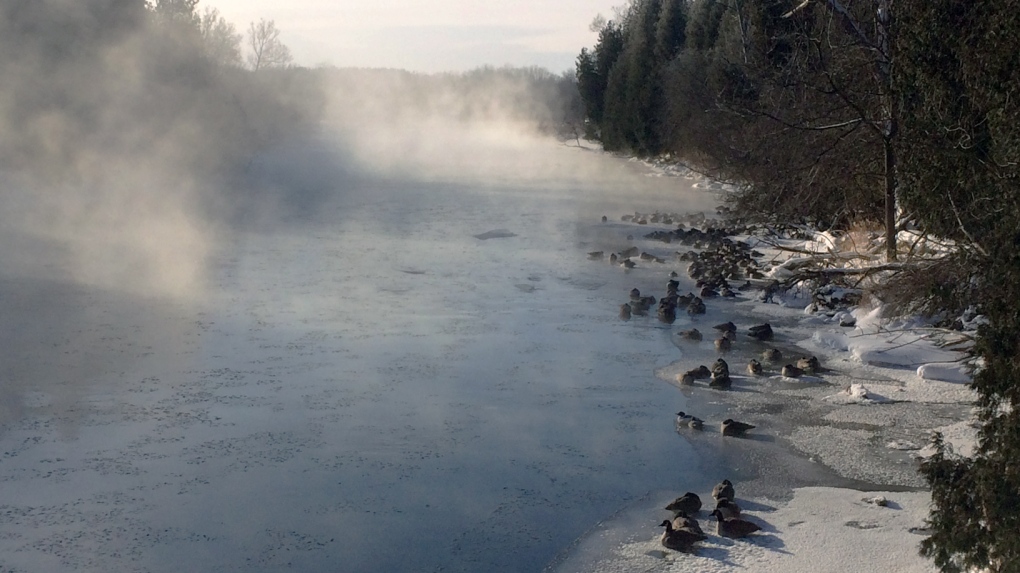 Geese look on as mist rises from the Speed River in Guelph on Monday, Feb. 16, 2015. (Jeff Turner / CTV Kitchener)

Dozens of anglers in the Guelph area were ticketed and charged during a Ministry of Natural Resources enforcement blitz.

The ministry says 359 anglers were talked to during the blitz, which ran last weekend, to see if they were following proper laws when fishing.

Other anglers were fined for liquor and boating violations.