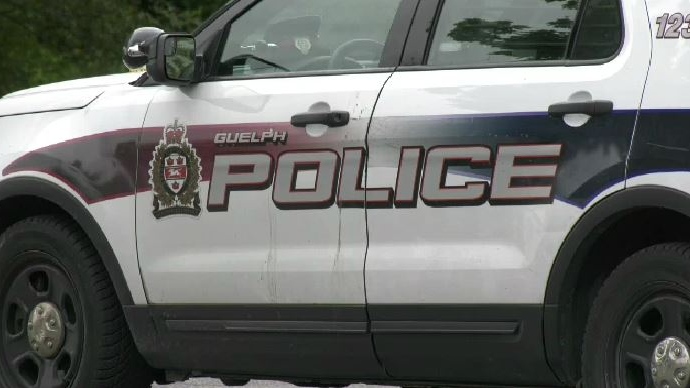 Guelph police didn’t have to go far to arrest a woman who they say used a hammer to smash the door of the downtown police station.

Police said on Tuesday, just before midnight, officers working in the building heard a commotion.

The woman allegedly attempted to open the sliding glass doors of the police station, which were locked. Police say she kicked the doors several times before removing a hammer from her backpack and using it to strike the door frame and automatic door opener, damaging both. She then used the hammer to smash the glass door, according to police.

The female was immediately arrested.

A 40-year-old Guelph woman is charged with mischief under $5,000, possessing a weapon for a dangerous purpose and breach of probation.

Ontario woman sexually assaulted by Jacob Hoggard says she is suing him for $2.8M

The Ottawa woman who former Hedley frontman Jacob Hoggard is convicted of sexually assaulting says she is now suing him for $2.8 million.

Videos of protests in Iran leak despite internet bans

Videos of revolts and unrest started to flood the internet when Iranian protestors flocked to the streets in response to the death in custody of Mahsa Amini, a 22-year-old woman allegedly detained for wearing her hijab improperly.

This DIY air purifier costs far less than a HEPA purifier, and studies say it works

This fall, teachers and parents have been sharing photos on social media of do-it-yourself air purifiers that they’ve made for classrooms to help protect kids from COVID-19 — and according to researchers, these low-cost purifiers actually work.

Hockey Quebec says it has lost confidence in Hockey Canada and will not transfer funds to the national organization, while Tim Hortons and Scotiabank have extended sponsorship boycotts.

North Korea launched two short-range ballistic missiles toward its eastern waters Thursday after the United States redeployed an aircraft carrier near the Korean Peninsula in response to Pyongyang's previous launch of a nuclear-capable missile over Japan.

A Texas death row inmate whose case redefined the role of spiritual advisers in death chambers nationwide was executed Wednesday, despite the efforts of a district attorney to stop his lethal injection.

The Colorado baker who won a partial Supreme Court victory after refusing on religious grounds to make a gay couple's wedding cake a decade ago is challenging a separate ruling he violated the state's anti-discrimination law by refusing to make a cake celebrating a gender transition.