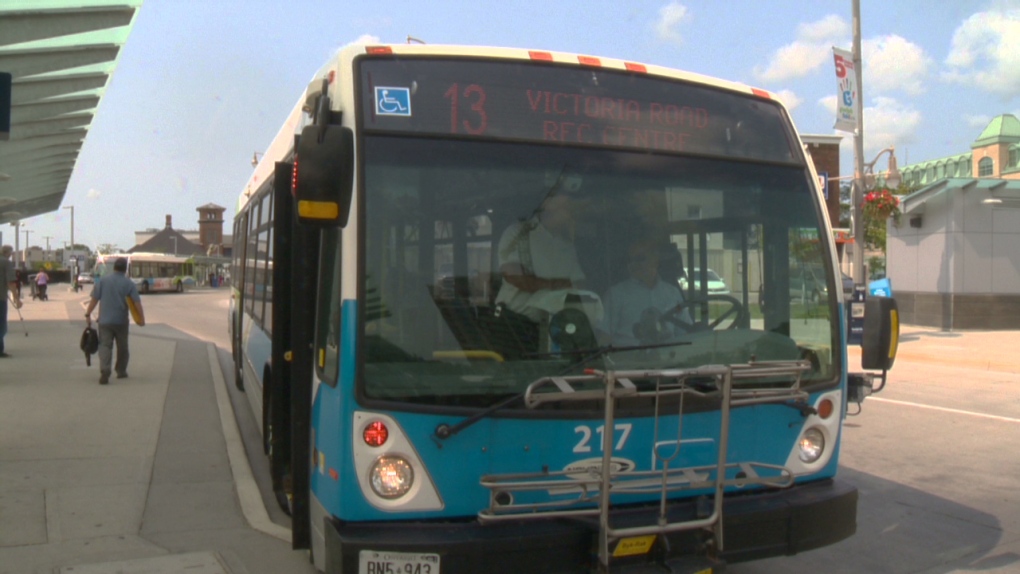 KITCHENER -- The City of Guelph will have another method of public transportation this spring as it announced the start of an on-demand bus service.

Guelph Transit will start running the service alongside its current bus service on May 2. In a news release, the city said it will help the city move toward its goal of "improving connectivity of the whole transportation system."

"On-demand differs from conventional transit in that there is no fixed route or schedule, and buses are dispatched on a request-basis," said general Manager Robin Gerus in the release.

"This means more flexibility for our customers as they can book a ride when it’s most convenient for them."

The service is not a door-to-door service, but instead operates between on-demand stops using a booking system. Customers can schedule a pick-up by mobile app, phone or online.

The city has on-demand stops in the two business parks at Clair Road and Gordon Street. The city is asking residents to help identify the other pick-up and drop-off locations.

"This public input, along with our transit Planning and Scheduling staff expertise, best practices and the locations of existing bus stops, will help us make the best decisions on where to locate the on-demand stops," said transit operations Manager Jason Simmons.

The new program will replace the north and south Community Bus loops as well as the route 16 Southgate.