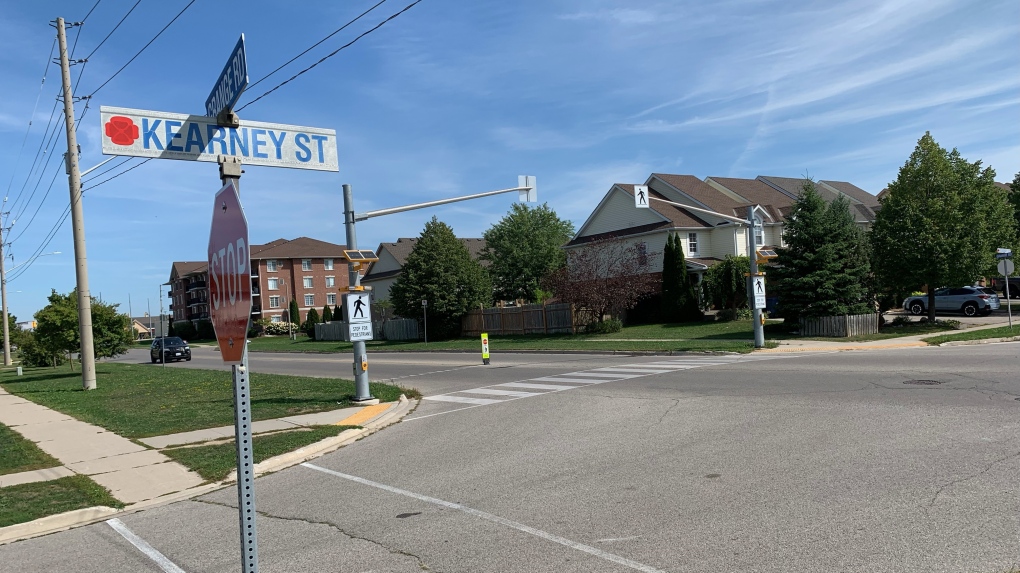 A 19-year-old man is dead after a crash in the area of Grange Road and Kearney Street in Guelph on Sept. 9, 2022. (Krista Sharpe/CTV Kitchener)

A 17-year-old from Guelph has been charged with careless driving causing death after a weekend crash that killed a 19-year-old motorcyclist.

Guelph police were called to the collision in the area of Grange Road and Kearney Street just before 10 p.m. on Friday.

A Nissan SUV was turning left when it collided with a motorcycle, police said.

The 19-year-old driver of the motorcycle was transported to Guelph General Hospital where he died a short time late.

The 17-year-old driver of the SUV was not injured.

On Monday, police announced he had been charged with careless driving causing death under the Highway Traffic Act.