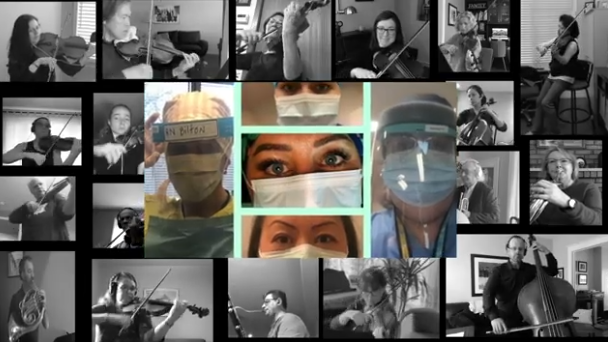 KITCHENER -- Even though they couldn’t physically be in the same place, the Guelph Symphony Orchestra still managed to unite for a tribute performance.

The recording was released on Monday and dedicated to the frontline workers in the community.

"From the safety of our homes, each player recorded their part while listening to a click track," said Catherine Molina, GSO's General Manager. "We chose to record the Chorale from Gustav Holst's Jupiter, from 'The Planets'. This music is both stirring and inspiring.”

Guelph Mayor Cam Guthrie is featured in the performance with a finale cymbal crash.

The GSO says they were hoping to feature 10-15 photos of frontline workers, but ended up receiving permission to include photos of almost 170.

On March 13, The Guelph Symphony Orchestra canceled and postponed its performances at the River Run Centre.