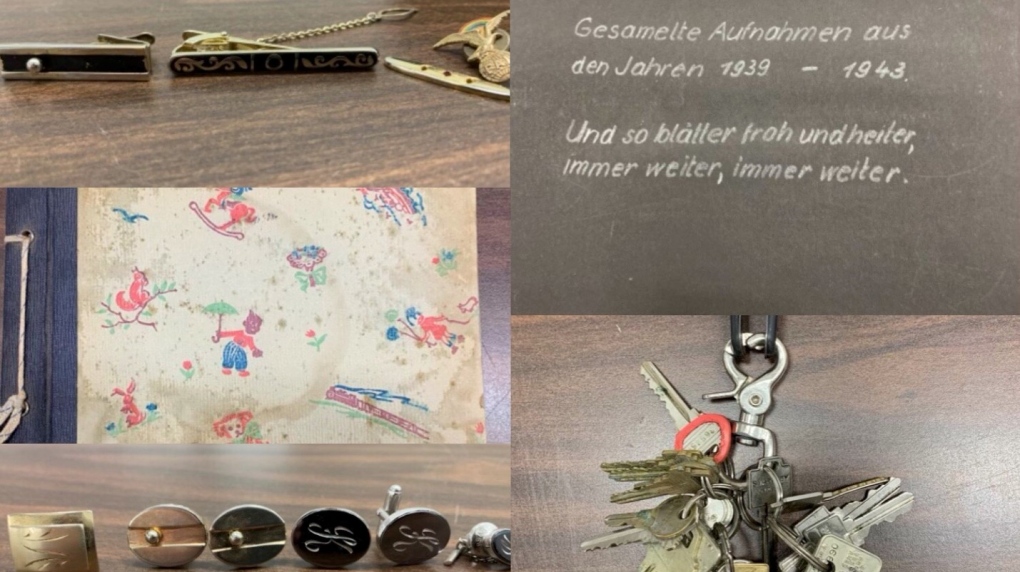 Police are looking for the owner of these items they believe have sentimental value (Supplied: Guelph police)
GUELPH -

Guelph police are hoping to find the owners of recovered property they believe has sentimental value.

The items include monogrammed cuff links, a photo album from the 1940s and keys. It was seized early Thursday morning after a man was arrested for breaking and entering.

Police said someone used bolt cutters to cut the lock on a commercial building on Wellington Street West on Saturday, entering several offices and stealing electronics.

According to a news release, a suspect was identified using surveillance video. He was found in downtown Guelph and arrested. Officers found the man was in possession of a credit card reported as stolen, along with suspected fentanyl.

A 37-year-old man has been charged with break and enter, possessing stolen property, possessing a controlled substance and failing to comply with an undertaking.

Police discovered the other items while searching the man.

Anyone who recognizes the property is asked to contact Const. Scott Carroll at 519-824-1212, ext. 7489, or email him at swcarroll@guelphpolice.ca.