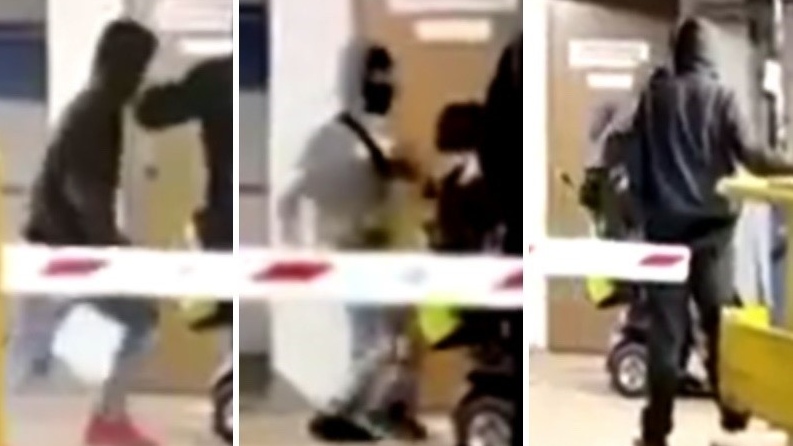 Anyone with information is asked to contact Guelph police. (Submitted/Guelph Police)

Guelph police are investigating an assault captured on video that appears to show several people hitting someone in a motorized scooter.

According to a news release, the video was captured late last month and depicts three males repeatedly hitting and kicking a fourth male in a motorized scooter. Police said the victim was struck several times before the three males fled on foot.

Police said the assault took place in October at the entrance to the West Parkade off Macdonnell Street.

Police have been able to identify the victim who they believe did not suffer any serious injuries during the altercation.

Anyone with information about the incident or who recognizes the males is asked to contact police.