Guelph 'not anti-magic,' but staff banning fairy doors at parks and on trails

Five-year-old Magnus Baggio was enchanted by all the fairy doors along the Eramosa River trail in Guelph.

He could barely contain his excitement spotting fairy door, after fairy door.

His mom, Jamie Baggio said it’s heartwarming to watch him and the other kids find joy in nature.

“There’s something really special about it, especially when you’re coming with kids. As an adult you get an appreciation of the hidden things with magic,” said Baggio.

While many residents welcome the magic, the City of Guelph has received an increase of complaints about how the doors are ruining the natural beauty of the parks and trails. 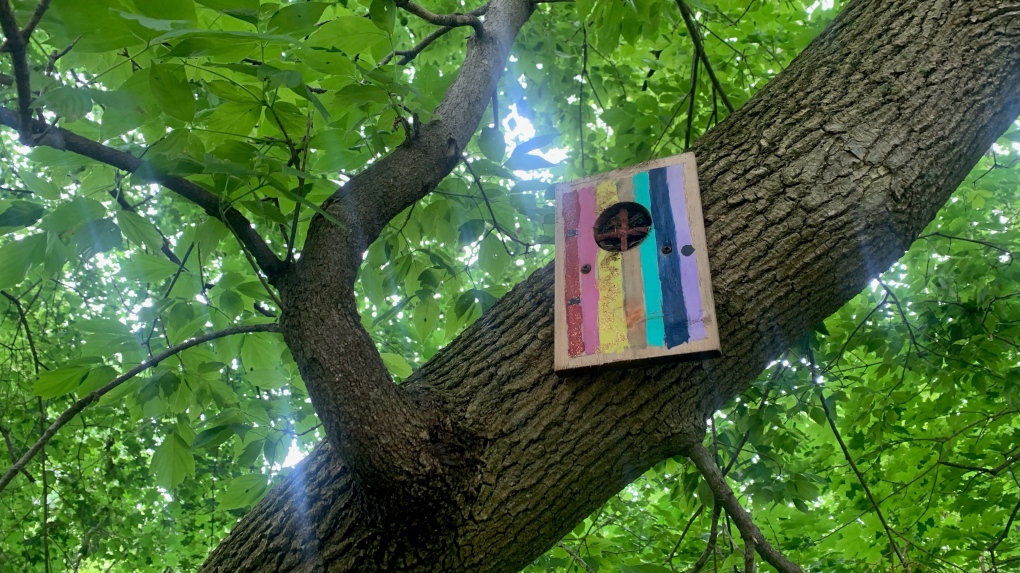 A fairy door on a tree in Guelph. (Carmen Wong/CTV Kitchener)

David Beaton, Guelph’s program manager of forestry and sustainable landscapes, is asking locals to stop drilling fairy doors to trees because of the damage it can cause.

Fairy doors have been around Guelph’s parks and trails for years, but during the pandemic, many more have been popping up.

"Over time, they go from being magical to litter" without proper maintenance, Beaton said.

The city won’t be removing any fairy doors but local kids say they’re disappointed to see the initiative come to an end.

“Sad, because no more fairies will come here, but it’s a great home for fairies,” said Mason Baggio.

Beaton said the city is exploring other options, including a fairy corridor.

Canada has now fully vaccinated 79.13 per cent of the country's eligible population.

Shandro out as Alberta health minister in Kenney cabinet shuffle

Autopsy results have confirmed that the remains found Sunday in the Bridger-Teton National Forest are those of Gabby Petito, a 22-year-old woman who disappeared while on a trip exploring national parks with her fiancé, according to the FBI in Denver.

A magnitude 5.9 earthquake caused slight damage in suburban Melbourne on Wednesday in an unusually powerful temblor for Australia.