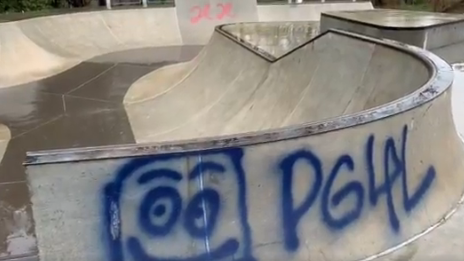 KITCHENER -- Guelph’s outdoor skate park and a stop sign were both targeted by vandals over the weekend.

At Silvercreek Skatepark, someone spray-painted vulgar and nonsense graffiti on signs and several cement surfaces.

It’s the largest act of vandalism at the park since it opened to the public in 2016.

A street sign at the corner of Allan Avenue and Edinburgh Road South was also spray-painted over the weekend. But instead of words, the vandals painted the entire surface black. 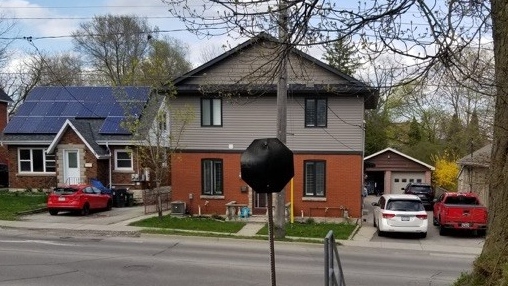 Police say it’s the city’s responsibility to clean it up.

Mayor Cam Guthrie took to Twitter to vent his frustration, saying: “This stuff ticks me off. It’s going to take time, taxpayer dollars and shifting city staff’s focus to cleaning and repairing/fixing this. And spray-painting stop signs? Totally dangerous.”

He also posted a video from the park and urged anyone with information to come forward.