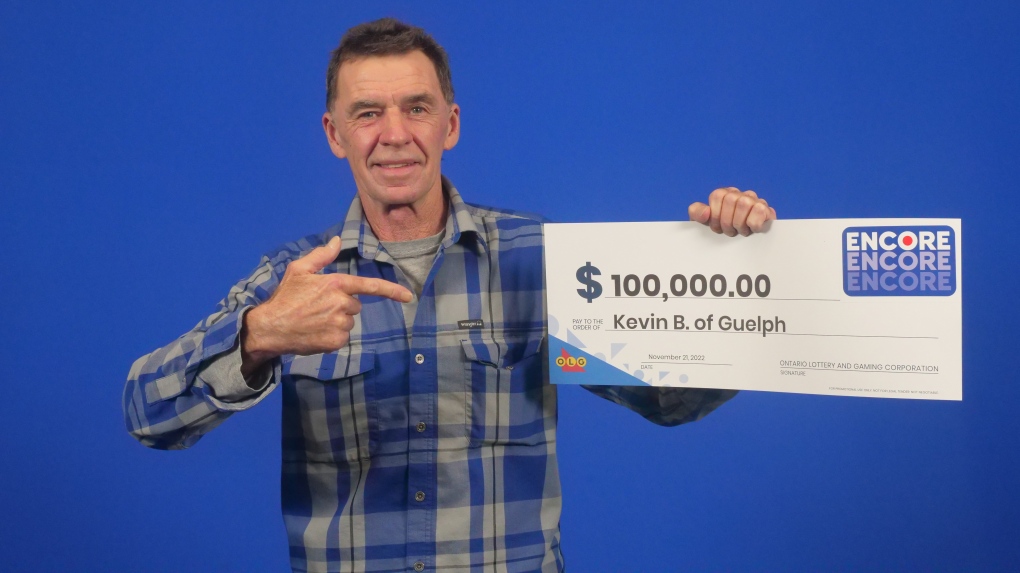 A Guelph dad says he plans to travel and pay off his mortgage and car after winning $100,000 on Encore in the Oct. 12 Ontario 49 draw.

Kevin Butler, 61, said he’s been playing the lottery for 30 years.

“I play my own numbers comprised of birthdays,” he said in an Ontario Lottery and Gaming Corporation (OLG) media release.

The father of one said he was shocked when he used the OLG App to check his ticket.

“I kept scanning it to believe it then I woke up my wife to tell her. She thought I was lying and did not believe me,” Butler said.

The winning ticket was purchased at Little Short Stop Store on Silvercreek Parkway in Guelph.