Guelph home had 97 cats inside, not 80: humane society 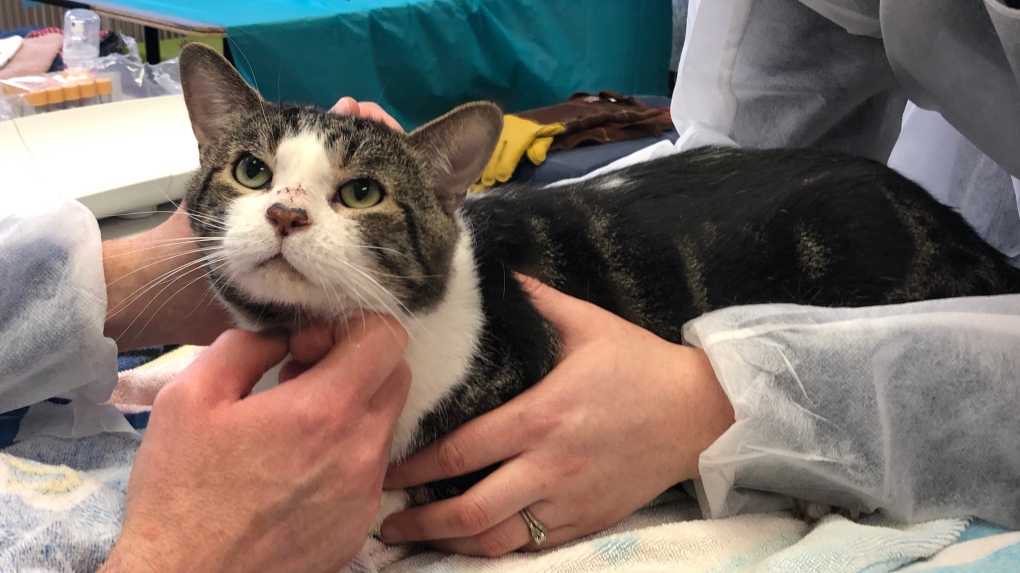 A cat gets a wellness check in Guelph. (Courtesy: Guelph Humane Society)

KITCHENER -- The Guelph Humane Society says that a total of 97 cats have been rescued from a home in Guelph, and that most of them are pretty healthy.

Originally, it was believed that about 80 cats had been living in the residence on Huron Street.

The landlord of the building, who didn't want to be named, told CTV on Wednesday that a woman had lived in the apartment for about four years.

He says that the woman's eviction led to the discovery of the cats, which prompted the humane society to begin removing them.

The total process, which had to happen in waves to accommodate cats' medical checks, took about 48 hours. 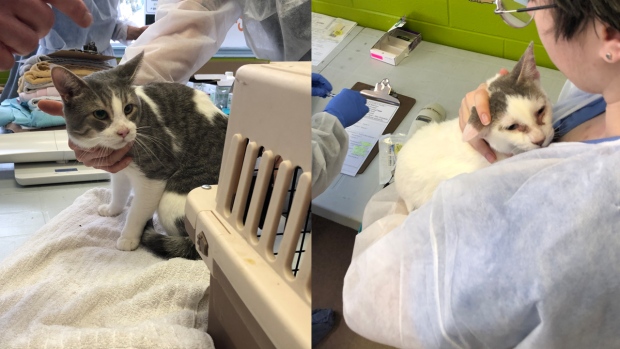 "Surprisingly, most of the cats appear to be in fair condition, considering the… number of cats that were living together," the humane society says in a news release.

More than one of the cats do have eye issues and there are some others with other medical conditions who are being monitored.

The GHS says that it is overwhelmed with the support it's received from the community.

It says it will provide an update on the total expected costs for the cats next week.