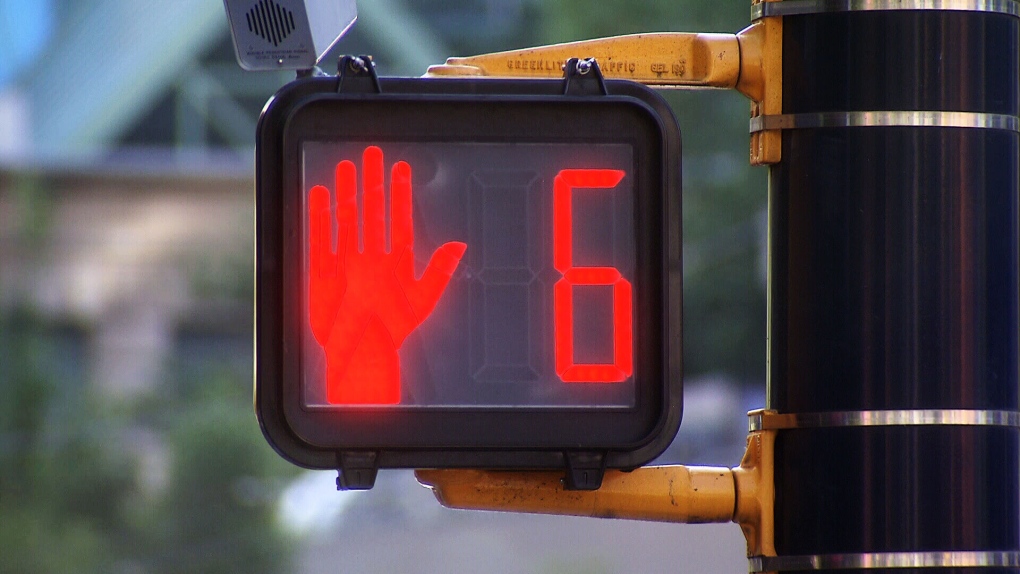 A crosswalk signal is seen in this undated image.

KITCHENER -- Pedestrians in the Royal City will have a few more seconds to cross the street at seven intersections.

On Wednesday, the city announced the changes, which will give pedestrians a five-second head-start before cars get a green signal.

Officials chose the intersections because they have a high rate of turning vehicles and pedestrians, because of higher collision reports from vehicles turning, and because they're used by seniors or those living with a disability.

The intersections that will get the advanced crossing are:

A news release said that this type of signal was already being used in Waterloo Region, Hamilton and Toronto.