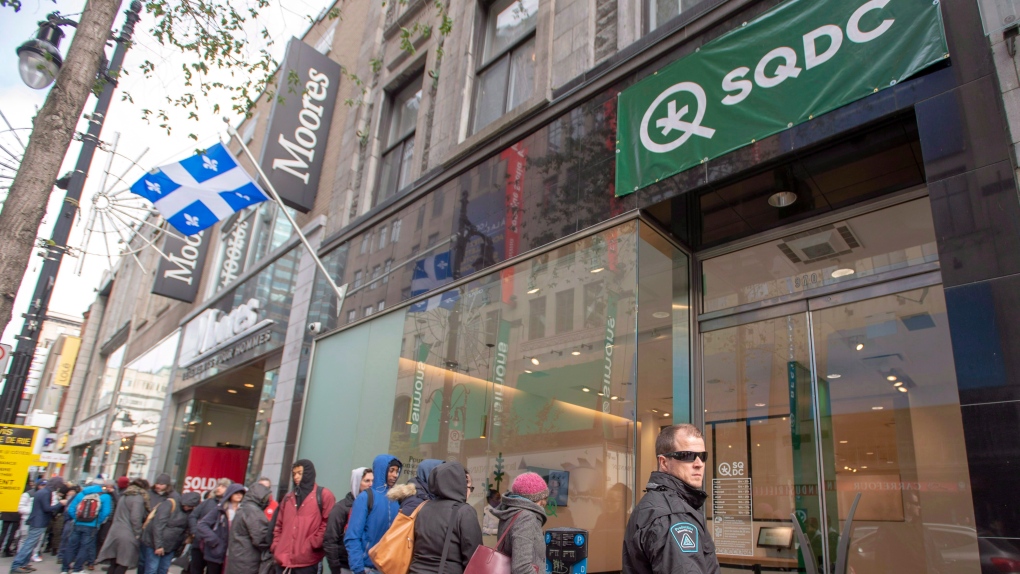 Customers line up at a cannabis store in Montreal on the second day of the legal recreational sales in Monteral, Que., on Thursday, October 18, 2018. (THE CANADIAN PRESS/Ryan Remiorz)

The City of Guelph discussed the issue of retail pot shops, giving them the go ahead at council on Monday night.

Using input from the community, council voted 10-3 in favour of having retail shops.

Mayor Cam Guthrie said he supported the plan, arguing it would allow for safer delivery of a legal product.

There was debate over location, however—some said they didn’t want stores near libraries or college and university campuses.

Limits on location will ultimately be decided by the Alcohol and Gaming Commission of Ontario.

Councillors in Centre Wellington, meanwhile, voted against cannabis retail stores by a vote of 4-3.