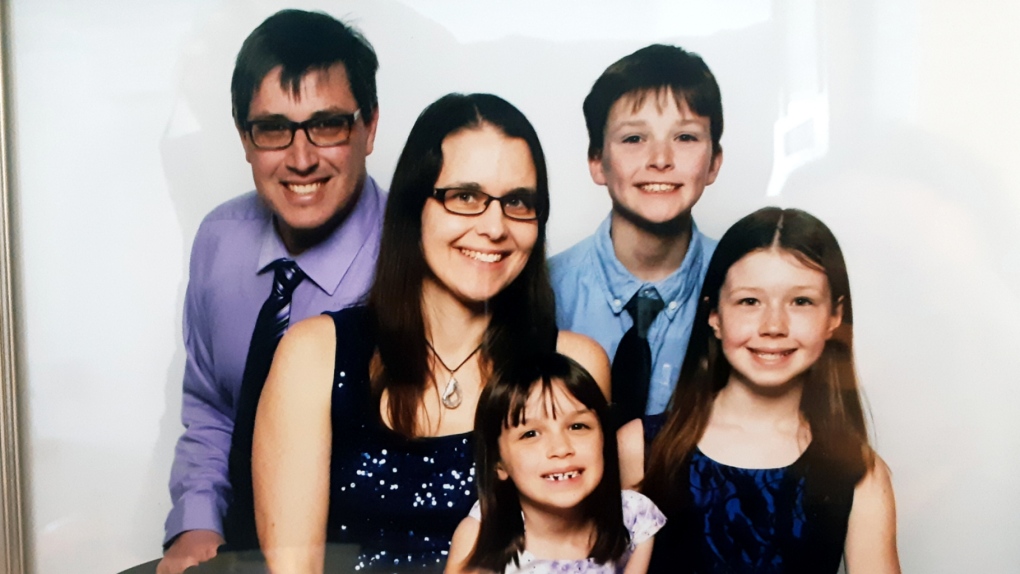 The Lodge family seen in this photo. (Gregson Lodge / CaringBridge.com)

KITCHENER -- The Guelph family involved in a tragic crash last Sunday, that claimed the life of their son, posted publicly that their 10-year-old daughter will also not recover from her injuries.

Amanda Lodge has been in McMaster Hospital since the crash that happened on Sprague Road in North Dumfries.

The Lodge family wrote online that knowing her organs will be donated gives them some solace amid their pain.

The family shared earlier that their 12-year-old son Evan died in the crash.

Their eight-year-old daughter was also hurt, but is expected to make a full recovery.

The three children and their mother were returning home from an afternoon of cross-country skiing when their vehicle was hit by two other SUVs.