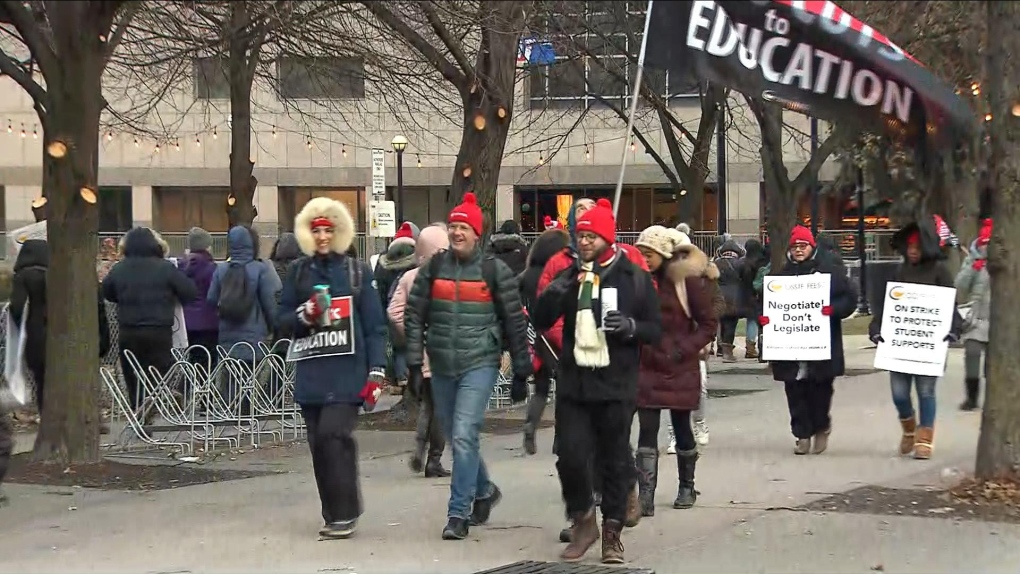 KITCHENER -- Schools in 16 boards across Ontario will be closed today, as the union representing public high school teachers holds another one-day strike.

Due to the planned one-day OSSTF strike at several Ontario school boards, including the UGDSB, all elementary and secondary UGDSB schools will be closed to students on Jan. 15, unless the strike is averted. For labour updates and details, please visit https://t.co/1N8rjNWIpa pic.twitter.com/Ww3qNsEb5D

It is the fifth job action in the Ontario Secondary School Teachers' Federation's series of rotating strikes during a contentious round of bargaining with the province.

The union, which represents 60,000 teachers and education workers, began one-day walkouts on Dec. 4 with a job action that closed schools across the province.

Teachers were angered when the government announced that average high school class sizes would increase and four e-learning courses would be mandatory for graduation. The government has since scaled back those proposals, but OSSTF president Harvey Bischof has said it's not enough.

Education Minister Stephen Lecce has repeatedly said the key sticking point is compensation, with the union demanding a roughly two-per-cent wage increase and the government offering one percent.