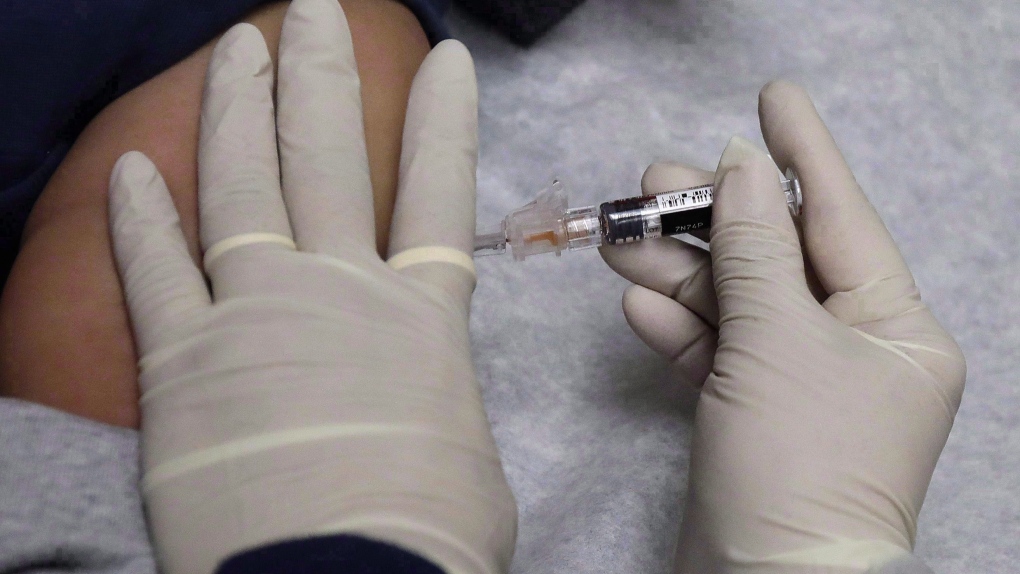 A medical assistant at the Sea Mar Community Health Center gives a patient a flu shot in Seattle on January 11, 2018. (THE CANADIAN PRESS/AP/Ted S. Warren)

TORONTO -- Health Minister Christine Elliott is urging Ontarians to get their flu shots, saying that last year 5,000 people in the province were hospitalized due to the viral infection.

Elliott, who got her vaccine today at a pharmacy, says even if people aren't concerned about getting sick themselves, it's important to get the flu shot to protect family, friends and neighbours.

She says it is especially important for young children, pregnant women, and people aged 65 and older.

Elliott says there is a lot of misinformation about vaccines, so she wants to stress that the flu vaccine is safe, free, and the best protection against getting sick.

Earlier this year, Elliott had said that the flu season in Australia suggested that Ontario's would be worse than usual this year, but now she says fortunately that has not come to pass.

This report by the Canadian Press was first published Oct. 30, 2019.