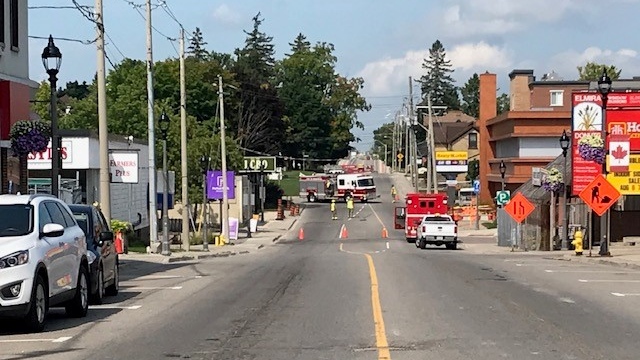 KITCHENER -- A gas leak has forced a road closure in Elmira.

The Township of Woolwich tweeted about the closure on Monday morning.

According to the tweet, Church Street West was closed from Arthur Street South to Walker Street.

Dale Martin, fire chief for the Woolwich Township Fire Department, said in a Monday afternoon email to CTV News that the natural gas leak was caused by a severed line at a construction site.

The Woolwich administration building was evacuated and the street was closed for roughly one hour.