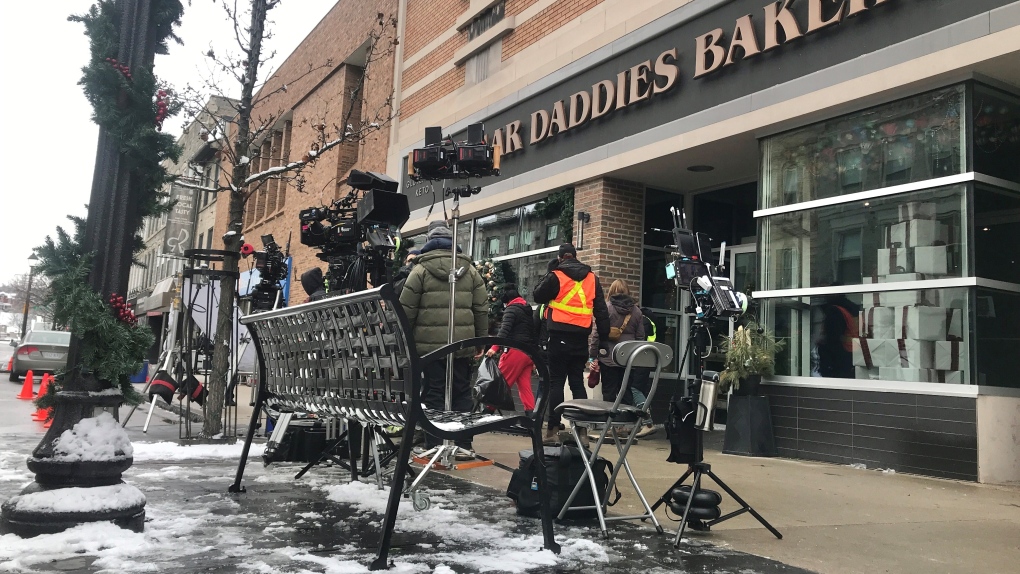 Part of downtown Cambridge has been transformed to look like New York as a made-for-TV movie shoot is underway in Galt.

On Monday, crews from Champlain Media East Inc. were on Main Street to film scenes of Christmas Casanova. 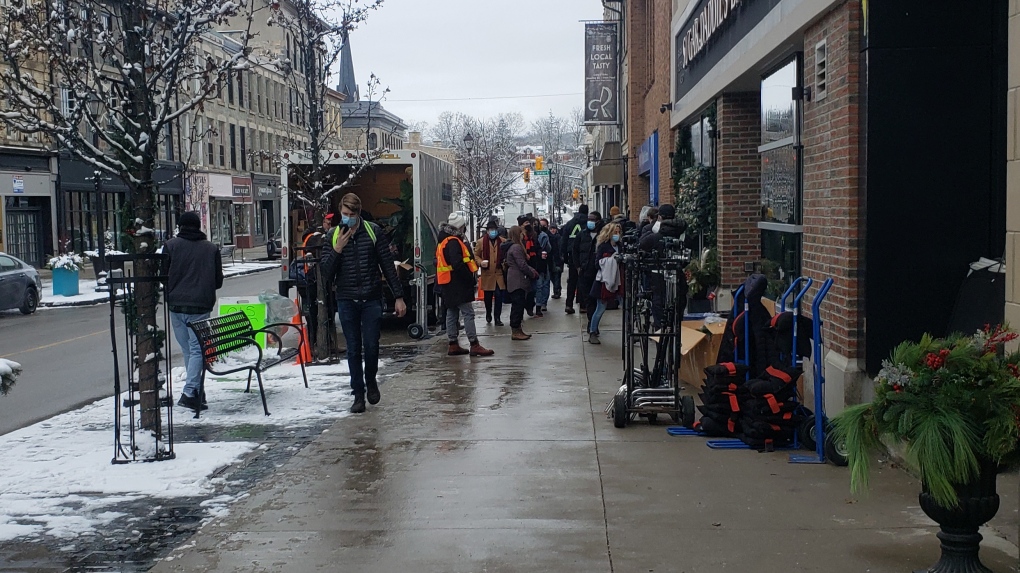 The film crew was seen setting up both outside and inside Sugar Daddies Bakery on Main Street.

Crews started setting up Sunday night and are only expected to be in the area for one day. Filming is expected to go into the night and wrap up by 9 p.m.

The movie is directed by Will Bowes.