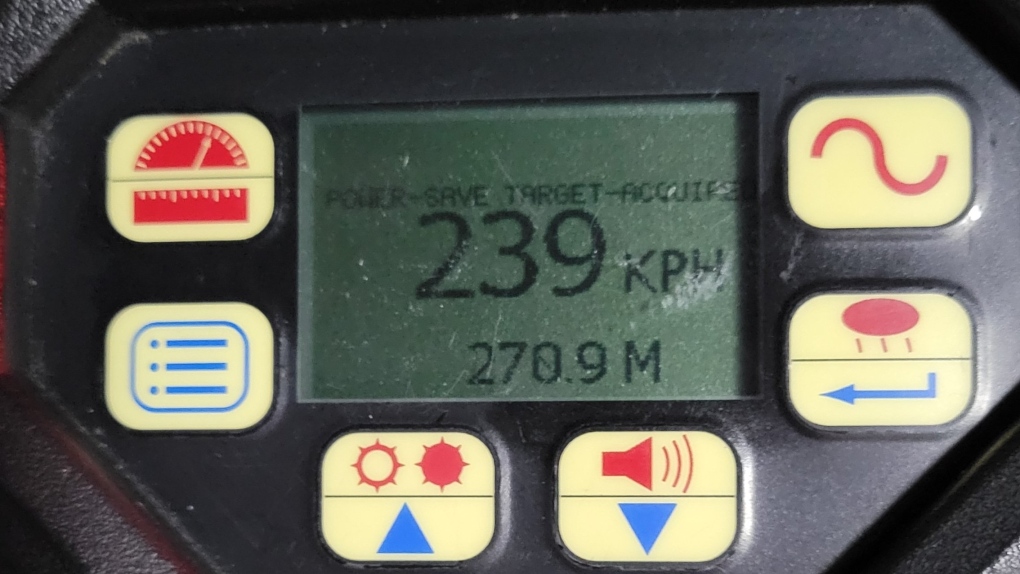 A 19-year-old driver with a G2 licence was stopped going more than double the speed limit on Queen Elizabeth Way near Hamilton.

In a tweet, Ontario Provincial Police said the driver was going 239km/h in a 110 km/h zone.

Officials said the driver was stopped on the QEW at Glover Road Westbound.

The driver was charged with stunt driving and had their license temporarily suspended.