From barn to table: How turkey farmers get ready for Thanksgiving

From barn to table: How turkey farmers get ready for Thanksgiving 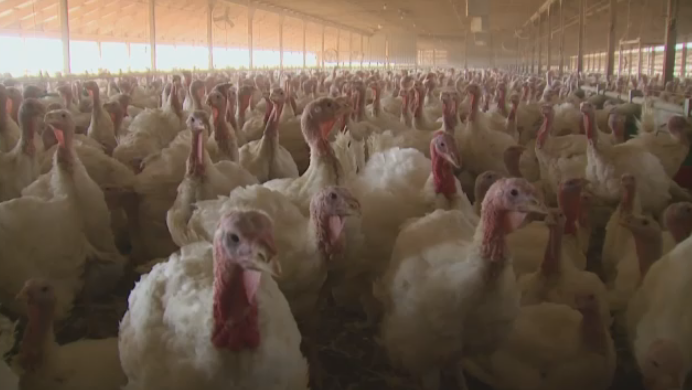 Turkeys in a barn in southwestern Ontario. (Stephanie Villella/CTV Kitchener)

It’s one of the busiest times of the year for turkey farmers, getting their birds ready for Thanksgiving and Christmas.

“It does take a lot of planning to get birds onto consumers’ tables,” said Steve Vanderzanden, a turkey farmer in southwestern Ontario.

At any given time, Vanderzanden has 20,000 turkeys in his barn.

He said his Thanksgiving birds have already gone to market. He is now raising turkeys for the Christmas season.

Turkey farmers start preparing for the holiday season a year in advance.

It’s begins with cleaning out the barn.

“To bring it as close to zero bacteria levels as possible,” explained Vanderzanden. “Then we put in fresh shavers and then set the equipment up for brooding.”

Once the barn is ready, the turkeys get situated inside and are nursed and fed for about 12 weeks.

The birds’ diet consist of a blend of corn, soy beans, and wheat.

“We do feed them all the vitamins and minerals they would need in a total balanced diet,” said Brian Ricker, chair of Turkey Farmers of Ontario. 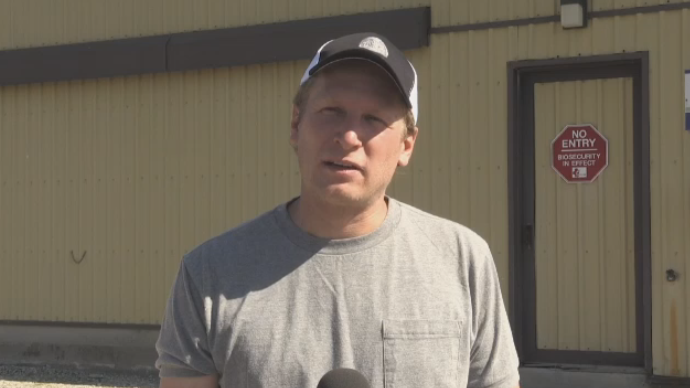 Once the turkeys are about 12 pounds, they get sold to a wholesaler.

“On the day they are ready for market, a professional crew will come in and remove them from the barn and they’re put on specially designed transport trucks,” said Vanderzanden.

The number one priority is keeping the birds healthy and free of diseases.

“Biosecurity is a huge part of our job where we need to protect the birds from outside bacteria,” he said. “Anyone coming in has to wear a full biosecurity suit and be sure we don’t bring anything into the barn.”

Ricker said despite the setbacks turkey farmers endured this year due to avian flu, there should be enough for everyone this Thanksgiving holiday.

“We think there will be enough turkeys this year as long as people buy one or two and don’t fill their carts.”