Large crowds converged on Port Dover, Ont. Friday as motorcycle enthusiasts gathered for Friday the 13th. Bikers flock to the lakeside Ontario town whenever the 13th day of the month falls on a Friday – something that happens only once in 2022.

Police estimate over 100,000 people rolled into Norfolk Country for the rally this year. That’s a return to pre-pandemic levels, after only between 35,000 to 45,000 attended the unsanctioned event in 2021.

Police also responded to multiple crashes involving motorcycles in the area as thousands attended the rally. At least one of those collisions was fatal and in two others, a rider was airlifted to hospital with serious injuries.

No injuries after concrete slab crashes onto Highway 403 in Brantford, Ont.

A section of Highway 403 in Brantford, Ont. was closed in both directions Monday after a piece of an overpass bridge broke off and fell onto the highway.

Police said a commercial motor vehicle, possibly carrying a front-end loader, hit the Wayne Gretzky Parkway bridge just after 1 p.m. on Monday. The collision caused the huge piece of concrete to fall, smashing through the guard rails as it crashed down onto the roadway.

Police said the concrete slab appears to be the bridge's strike plate, which is installed to protect the bridge in the event of a collision.

Police said this is the third time in half a year the bridge has been hit, but this time the strike plate didn’t stay up. Given the size of the slab and the speed with which the accident happened, police said it's fortunate no one was hurt.

Progressive Conservative leader Doug Ford says his government will build a new four-lane Highway 7 connecting Kitchener and Guelph if his party is re-elected in the upcoming election. Ford made the announcement Thursday at a campaign stop in Kitchener, promising if returned to power, his government would finally build the long-awaited expansion of one of the region’s main connectors.

“Yes to a four-lane highway between Kitchener and Guelph,” Ford said. “Yes to a new bridge over the Grand River, we’re saying yes to building Highway 7 and connecting Highway 7 to Conestoga Parkway. Because local families and workers have heard ‘no’ for far too long.”

The promise is not a new one. The plan, as it’s stood since 2007, is to build a new four-lane highway just north of the current Highway 7 route. Specifics of the plan, like when construction will start or how much it will cost, have not been hashed out. 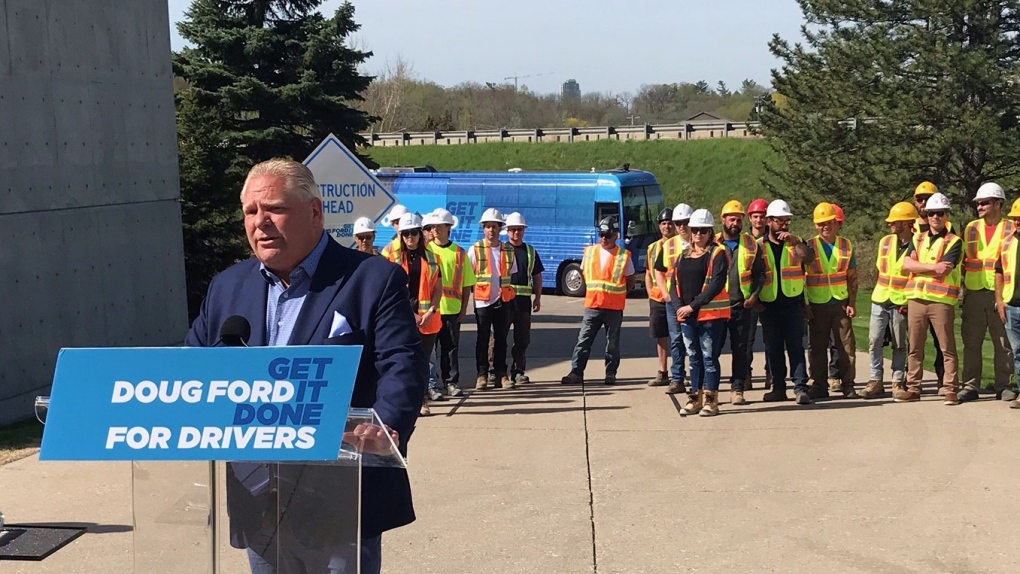 Waterloo landmark Sonny's up for sale

A Waterloo landmark has hit the real estate market. Sonny's Restaurant on Weber Street was put up for sale earlier this week, listed at $2,995,000.

The ad describes it as a "great property and business scenario," saying the "business generates serious profits and pays $72,000/year net rent."

Sonny's has been in operation since 1965.

Paul Noussis, who now owns the burger joint, took it over from the original owners 13 years ago.

"It’s a great feeling," he said. "It’s nice when you go out and people say: 'Hey, you’re the guy from Sonny's.' It puts a smile on your face, so I’m happy about that."

Noussis said he’s selling the Weber Street property because he wants to retire and spend more time with his children. 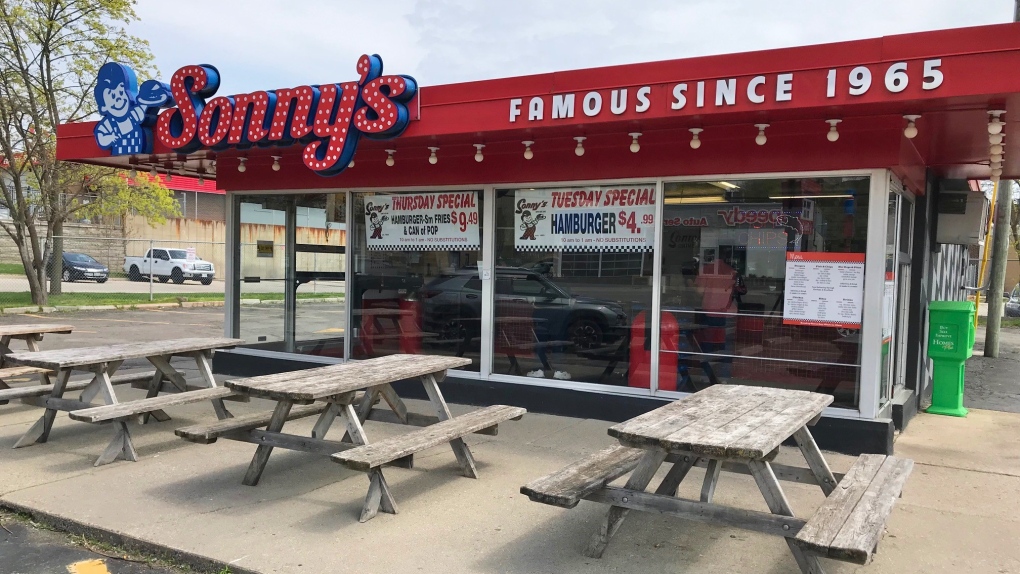 After two years of sitting dormant, the Tom Patterson Theatre in Stratford is officially open.

Construction of the $72 million theatre was completed in 2020, but pandemic restrictions meant its first show was delayed until Tuesday.

Following a ribbon cutting ceremony full of pomp and circumstance, at 2 p.m. actors hit the stage for a performance of Richard III. 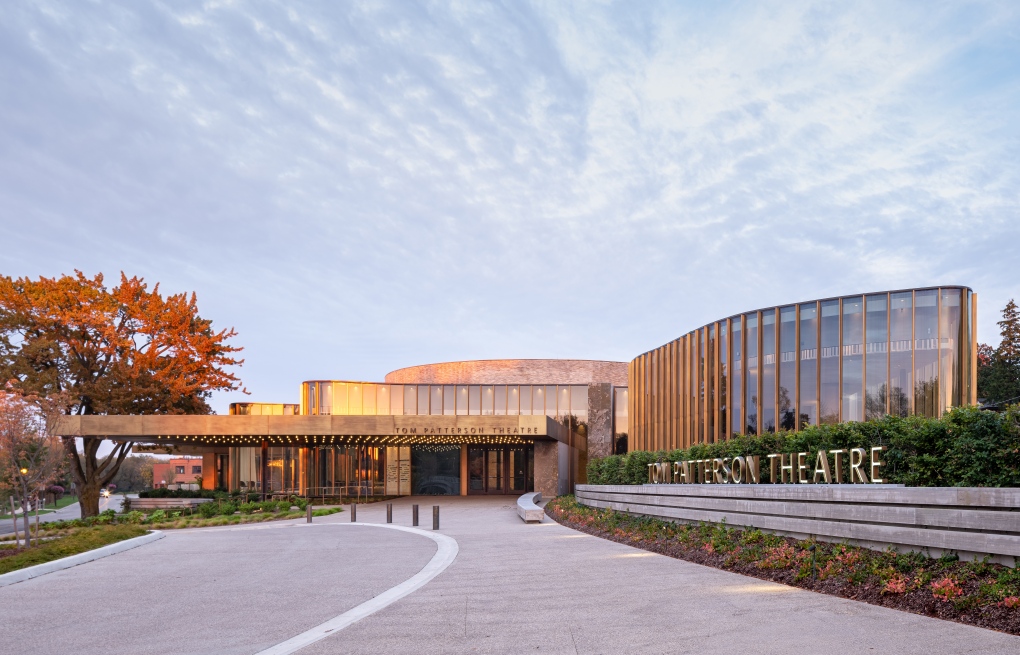 One scandal too many: British PM Boris Johnson resigns

Prime Minister Boris Johnson announced his resignation Thursday amid a mass revolt by top members of his government, marking an end to three tumultuous years in power in which he brazenly bent and sometimes broke the rules of British politics.

A Quebec man who fell and broke his jaw, cheekbone and a bone around his left eye while visiting British Columbia says his surgery was cancelled after he was told his home province “won't pay” for the procedure.

The Commissioner of Canada Elections' office says it has received and is reviewing information related to the allegations raised by the Conservative Party of Canada that now-disqualified leadership contender Patrick Brown's campaign violated federal election financing rules.

Here's who could replace Boris Johnson as U.K. prime minister

Boris Johnson was due to resign as Britain's prime minister on Thursday, bringing an end to a turbulent two and half years in office and triggering a search for a new leader.

Five men are being hailed as heroes by the Ontario Provincial Police after saving a man from a burning vehicle on a Toronto-area highway earlier this week.

The next stage in the battle against COVID-19: bivalent vaccines

Several vaccine manufacturers are racing to develop formulas that take into account the more infectious Omicron variant now driving cases, while policymakers are laying the groundwork for another large-scale vaccine blitz.

As concerns grow that Canada's red-hot real estate market may be starting to cool, one real estate agent in Toronto says that some homeowners in the city are becoming increasingly 'desperate to sell right now.'

Dozens of people have been displaced after an intense, third-alarm fire on Vancouver's Downtown Eastside Wednesday night.