Four people taken to hospital after 3-vehicle crash in Brantford 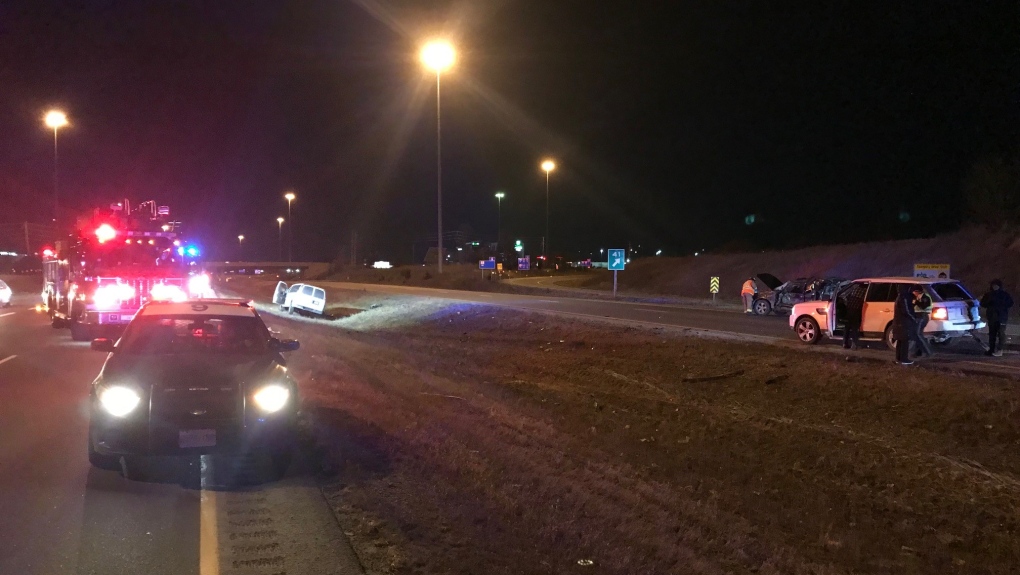 Provincial police say four people were taken to hospital Friday after a three-vehicle crash in Brantford.

Two SUVs and a utility van collided around 5:50 p.m. in the westbound lanes of Highway 403, east of Garden Avenue.

Four people were taken to hospital, one of them with serious but non-life threatening injuries.

The collision happened an hour after another serious incident on Highway 403.

A vehicle struck the Wayne Gretzky Parkway Bridge causing concrete to fall onto the road.

That section of the highway was shut down for a shot time while police cleared the scene.