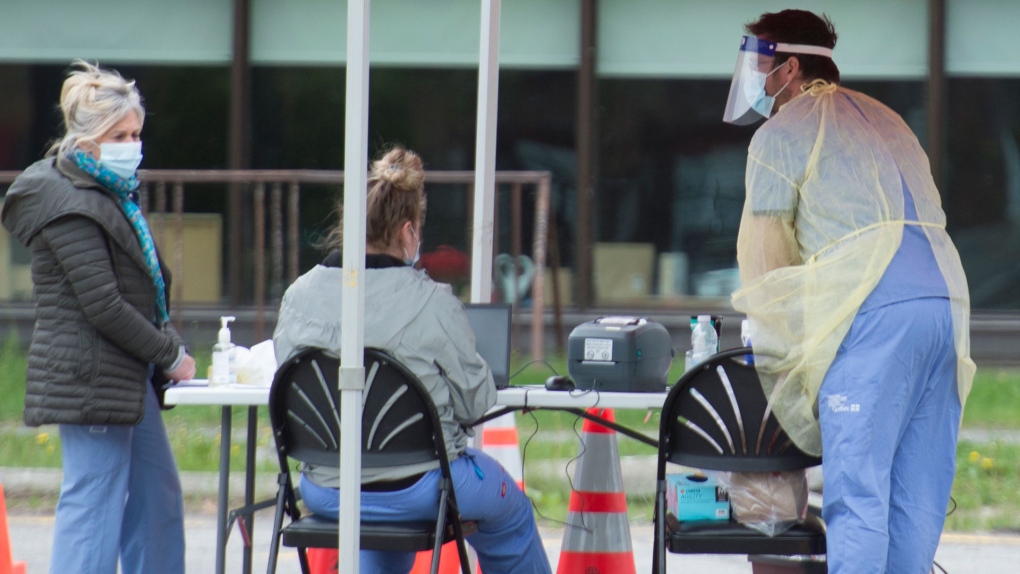 Health-care workers wait for people to tested at a COVID-19 mobile testing clinic in Montreal, Sunday, May 31, 2020, as the COVID-19 pandemic continues in Canada and around the world. THE CANADIAN PRESS/Graham Hughes

KITCHENER -- Four more cases of COVID-19 were reported in Waterloo Region on Wednesday, making the region one of 30 public health units in Ontario to report five or fewer infections.

Thirteen people are still hospitalized with the virus, and to date, 239 people have been hospitalized at some point.

That represents about 18 per cent of cases that have been identified to date.

As of Wednesday's update, there are no active outbreaks in the area, including in long-term care or retirement home settings, congregate settings, workplaces or hospitals.

The last outbreak to be declared over was at Sunnyside Home, a Region of Waterloo-owned long-term care home in Kitchener.

That outbreak was declared over on July 6 after one case in a resident and four in staff members were resolved.

Another 118 cases of COVID-19 were reported across the province on Wednesday, a slight uptick compared to Tuesday's 112 cases.

Ontario public health officials have reported a total of 36,178 cases of the virus since the pandemic began, including 31,805 recoveries and 2,700 deaths.

Edmonton's Misericordia Hospital under 'full facility outbreak' due to COVID-19

'The challenge of our lifetime': Federal deficit to hit $343 billion this year