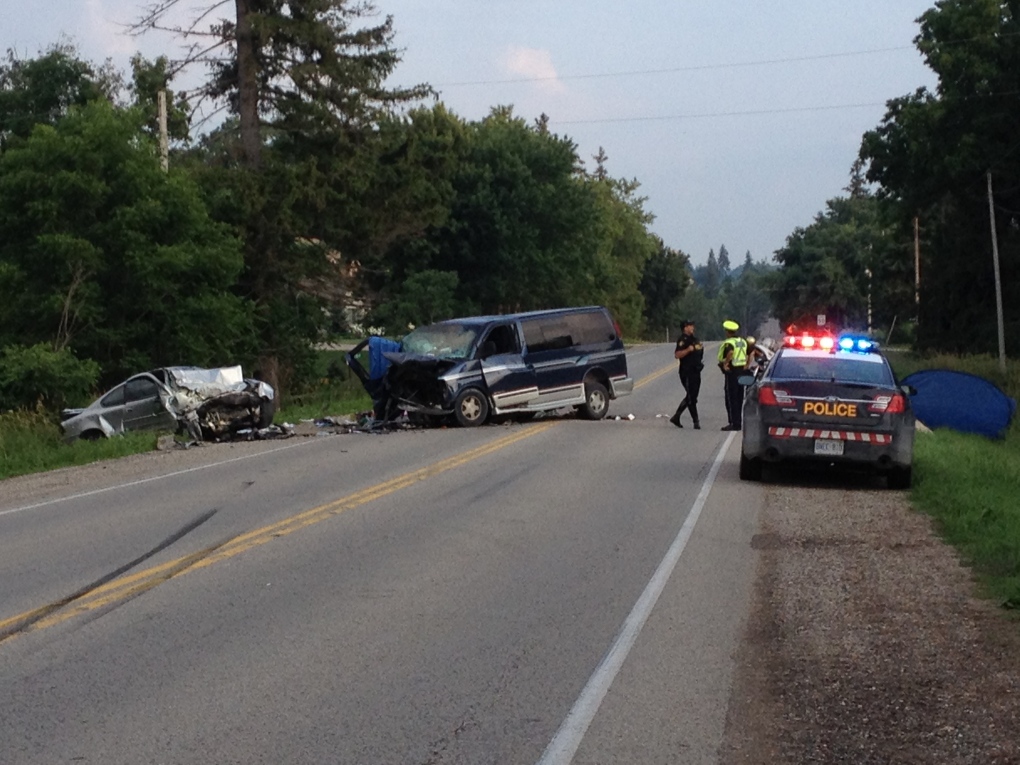 OPP investigate a collision on Perth Road 113 south of Stratford.

A serious collision south of Stratford has sent ten people to hospital.

The crash happened on Perth Road 113, south of Perth County Line 26 at around 6 p.m.

Police say it was a head-on collision between a car and a minivan.

Travelling in the minivan were two adults and five children. Police will not say if all the children belonged to a single family.

There were two adults and one child in the car.

Ornge sent two air ambulances to the scene, they transported two patients to hospital in London.