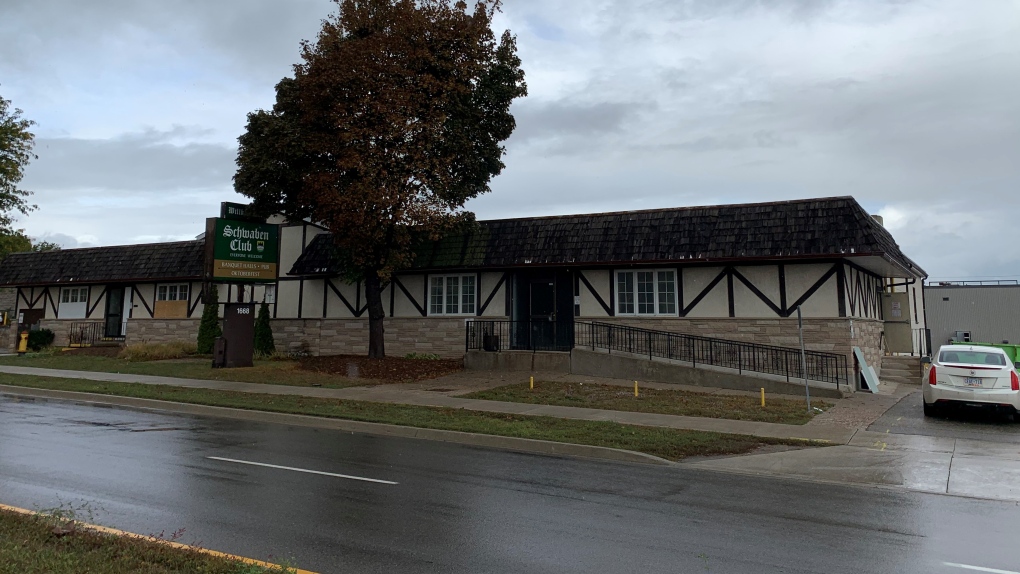 The former Schwaben Club site in Kitchener has been selected as a new emergency shelter location for people experiencing homelessness.

On Tuesday, the Region of Waterloo announced the location will replace the current shelter operating at the former Edith MacIntosh Child Care Centre. That location is set to close Wednesday.

The region said the new emergency shelter will open Thursday at 1668 King Street East in Kitchener, the location of the old Schwaben Club.

“In selecting the location, we considered the feasibility of activating the site quickly to provide urgent response, its proximity to public transportation, the availability of support services and the viability from a service provider perspective,” said Kelly-Anne Salerno, assistant director of housing operations and administration in a media release.

The region said in response to feedback from individuals with lived experience, the King Street shelter will support all gender identities, couples and pets.

The shelter will operate in phases. Phase one will see services for up to 70 individuals from 7 p.m. to 9 a.m., seven days a week for the first few months.

In phase two, the region plans for the shelter to operate 24 hours a day, seven days a week, with increased capacity for a period of 18 to 24 months.

The opening of the shelter comes as part of the region’s new interim housing solution strategy which looks to address the chronic living rough situation many residents in the region are facing.

One day before the region announced the new emergency shelter, the site was approved by Kitchener council for development.

The site has been approved for two high-rise rental apartments featuring 658 one and two-bedroom units. The buildings were originally planned to be 22 and 23 storeys high, but Vive Developments added two more floors to each building in the design at a meeting of the planning commission.

“This development presents an opportunity to redevelop an under-utilized property with the new mixed-use development that is compatible with the neighbourhood,” Craig Dumart, senior planner with the City of Kitchener said on Monday.

City staff said the development plan still needs final approval from the Region Of Waterloo within the next 120 days.

It is not clear what will happen to the emergency shelter if the region approves the plans.

How much water do you need to drink in a day? ‘Eight glasses a day’ rule a myth: study

You may have heard the oft-repeated advice to drink eight glasses of water a day, but according to a new study, the amount of water we need daily ranges wildly based on numerous factors.

Two months after being fired, a former member of the Vancouver Canucks coaching staff has filed a complaint with the BC Human Rights Tribunal against the hockey team over alleged discrimination.

An Abbotsford police officer was caught on camera punching a man twice in the face during the course of an arrest this weekend, prompting a review by the department and a provincial watchdog.

If you are expecting a baby and are still trying to choose a name, these new top 100 lists might help you to find one.