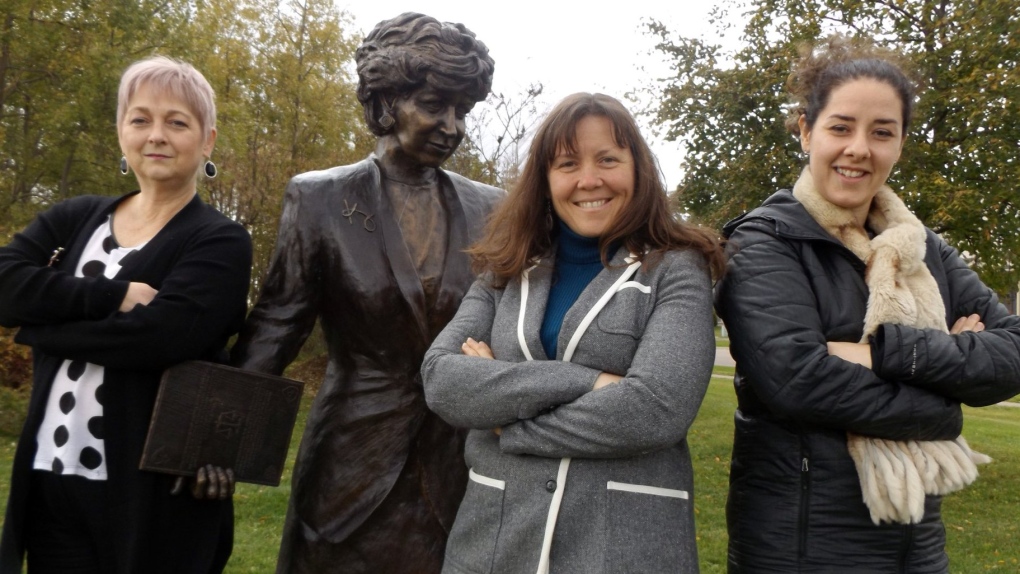 With the municipal election behind us, Wilmot is celebrating history.

For the first time in over 40 years, a woman will serve on Wilmot Township’s council, the Twitter account Love Wilmot boasted.

To make the results more impressive, three women were elected, the first time that more than one female has served on Wilmot’s council.

New council-elects Angie Hallman, Cheryl Gordijk and Jenn Pfenning were photographed together in front of a statue of former Prime Minister Kim Campbell at Castle Kilbride after the results.

“What fun! Only sorry not to have been there in person!” Kim Campbell said to them in a tweet.

What fun! Only sorry not to have been there in person! All good wishes! :) https://t.co/nvV0GQHGp6

Hallman was elected for Ward 1 with over two thirds of the vote.

Gordijk was the acclaimed candidate in Ward 2.

In a close race between four candidates, Jenn Pfenning was elected in Ward 4 with 1,595 votes. The second councillor elected in the ward, Jeff Gerber, was elected with 1,519.

"I’m thrilled to be one of three women joining Wilmot Council this year. Being a woman isn’t what will make me a good councillor, but neither does it hurt," said Pfenning in a statement on her website.

In what also shaped up to be an exciting race, incumbent mayor Les Armstrong edged candidate John Jordan with 3,016 votes to 2,931, a margin of just 85 votes.

Voting in Wilmot wrapped up on Oct. 22, the township missing the issues that forced a polling extension in Wellesley and Woolwich.

You can see Wilmot Township's official election results on its website.