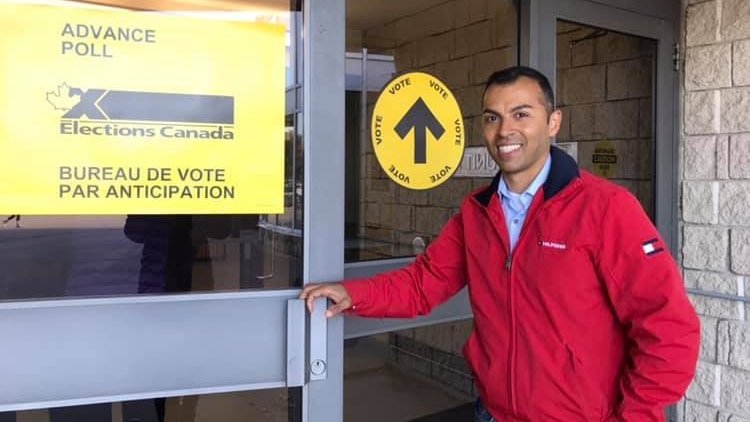 A former Kitchener MP has pleaded guilty to assault charges.

Marwan Tabbara, who was the MP for Kitchener South-Hespeler, pleaded guilty to two counts of assault and one count of being unlawfully in a dwelling on Thursday.

Tabbara was arrested and charged with two counts of assault, one count of break-and-enter and one count of criminal harassment in April of 2020. However, Guelph police didn't make the charges public until June. Tabbara was a Liberal MP at the time of his arrest.

Shortly after Tabbara's arrest, Prime Minister Justin Trudeau said he was unaware of the charges. Tabbara left Liberal caucus shortly after the charges were laid.

Police said they didn't inform the public about Tabbara's charges because they didn't believe he posed a significant risk to the public.

Tabbara was sentenced to conditional discharge and three years' probation. He will need to perform 120 hours of community service.

The Crown and defence presented a joint submission at court on Thursday.

There were two victims of the assault. One was a woman, the other a man whose victim impact statement was read by the Crown.

"How can I feel safe with the fear of being attacked by surprise again," the statement said in part. "I have been told not to talk about my story so my attacker could be protected."

Tabbara spoke at court when asked if he had anything to say before sentencing.

"I have always worked hard all of my life and wanted to serve my community because it gave me so much. I immigrated here as a first generation and I know that 2020 there was a pandemic and it had a lot of stressors on people. My actions in 2020 were denounceable (sic) and completely out of character," he said.

In a June 2020 statement after the charges became public, Tabbara told CTV News he was receiving counselling and treatment for anxiety and depression, which he said he had been living with "for some time."