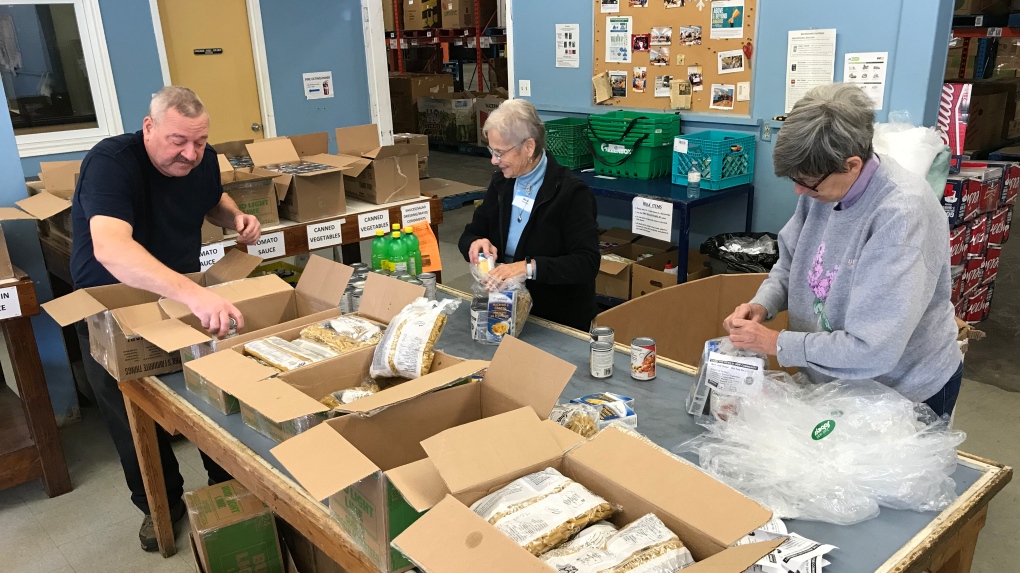 The Food Bank of Waterloo Region says about half of people who use its services are from single-person households. (Dan Lauckner / CTV Kitchener)
KITCHENER -

The Food Bank of Waterloo Region has surpassed its summer-long goal of collecting 1 million meals.

“We knew 1 million meals was a challenge, so to be able to share that we surpassed our goal is a testament to how incredible this community is,” said the food bank’s CEO, Wendi Campbell, in a press release.

The initiative launched in 2019 and has raised about 3.5 million meals since.

According to the food bank, 1 in 3 children in the community don’t know where their next meal will come from, and 36 per cent of food bank recipients are under the age of 18.

EXCLUSIVE | Germany and Denmark repatriate women and children from Syria. Will Canada Follow?

An Access to Information request by CTV News shows that when Canada learned that Canadian women and children were being held in a Kurdish-run detention camp in Syria, the response was hesitant and minimal—and it appears little has changed, writes London Bureau Chief Paul Workman in an exclusive piece for CTVNews.ca.

Alberta's two major cities were voting for new mayors during municipal elections Monday after being led by Naheed Nenshi in Calgary and Don Iveson in Edmonton for multiple terms.

As polls in the Alberta municipal elections are set to close, voters in the province have also been given the chance to voice their opinions on federal equalization payments.

The recent death of Colin Powell, the first Black U.S. secretary of state, due to COVID-19 complications is a small warning, experts say, reinforcing that those of advanced age or with health complications are still at a greater risk than other vaccinated populations.