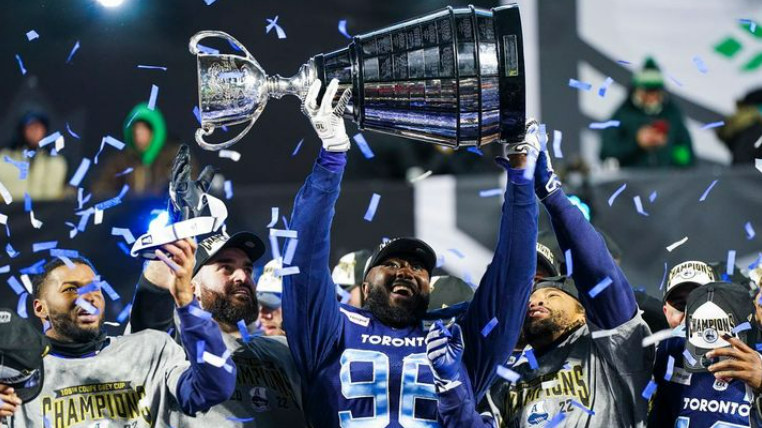 On Sunday, the Toronto Argonauts beat the Winnipeg Blue Bombers 24-23 to win the 109th Grey Cup.

The Waterloo university tweeted out a congratulations to the five on Tuesday.

Late in the fourth quarter, Smith was able to tip a field goal attempt by the Blue Bombers to preserve the Argos’ lead.

The Argos landed back in Toronto Monday evening ahead of their championship rally at Maple Leaf Square on Thursday.