Firefighters save homes from wood stove fire near Conestogo Lake 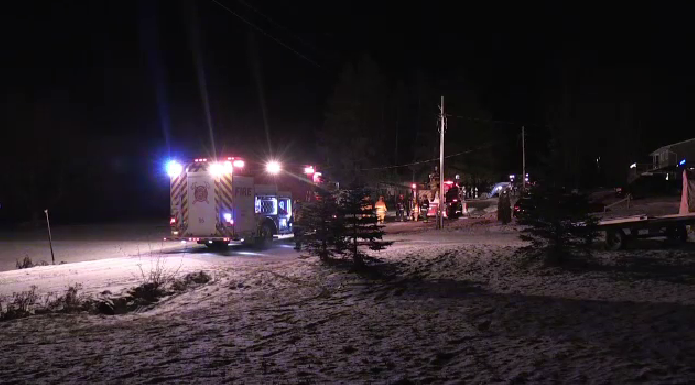 A wood stove sparked a shed fire near Conestogo Lake

KITCHENER -- A wood stove is being blamed for a fire that brought crews out in cold conditions near Conestogo Lake on Wednesday night.

Around 25 volunteer firefighters responded to the shed fire on Kumpville Drive. They were able to get the fire under control quickly and save two neighbouring homes.

The fire chief said it started in a wood stove, a type of incident that has already happened a few times this season.

“The wood stove was going when the resident went back to the house,” said Mapleton Township Fire Chief Rick Richardson.

“That’s how the shed caught on fire and was fully engulfed. We saved the neighbouring house and the house with the shed,” Richardson added.

“We’ve had a few wood stove fires recently, and more than we’ve had in the last few years,” he said.