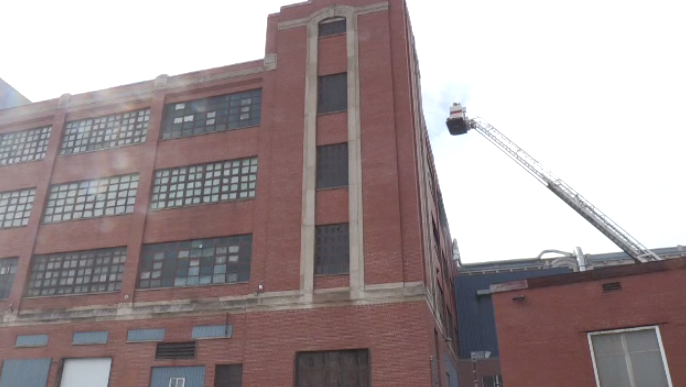 Firefighters at the AirBoss factory on Glasgow Street in Kitchener. (Jan. 16, 2020)

Workers were forced out of a Kitchener rubber factory Thursday due to a fire.

Crews were called to AirBoss Rubber Compounding at 101 Glasgow Street just before noon.

Smoke could be seen coming from a window on the top floor of the building.

Officials say an electric motor on a machine overheated and ignited oil cans that were nearby.

They say the fire was contained to a small area.

AirBoss is a custom compounding company that produces products for the automotive, construction, oil & gas and defense industries.